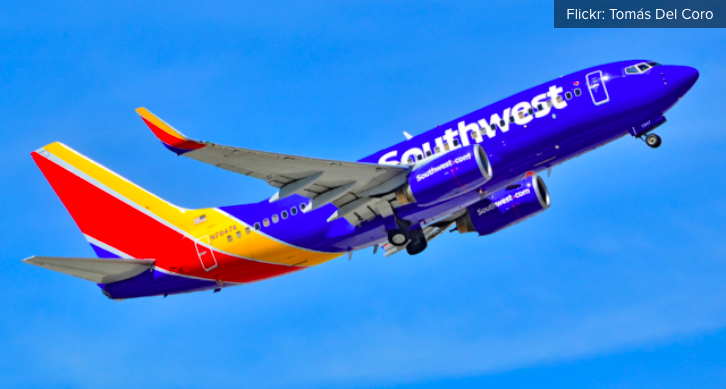 This commentary was published originally in Honolulu Civil Beat on Oct. 10, 2019.

By Josh Mason and Melissa Newsham

Hawaii is one of the most regulated states in the country, but fortunately its regulatory powers do not include being able to exclude competition in the local airline market.

Instead, we can thank the federal Airline Deregulation Act of 1978 for the beginning in March of travel service to Hawaii by Southwest Airlines, whose effect on local passenger fares was almost instantaneous, proving once again the power of economic freedom to benefit the general public.

The Los Angeles Times in April called it the “Southwest Effect,” noting that, “Since Southwest Airlines began flying from California to Hawaii last month, the average airfare among all carriers flying between the two states has dropped 17%, compared with the same time last year.”

In February, Hawaiian Airlines had been charging in the “mid to high $400s” for round-trip tickets between Honolulu and Oakland. Now it’s charging around $400 for the same route.

Southwest also now is flying interisland, with its round-trip flights between Oahu and Maui priced as low as $97.60. According to CheapFlights.com, interisland fares have dropped by 16.2% since Southwest entered that market in May.

Hawaiian Air has always faced competition on interisland flights from small turbo-prop carriers, such as Mokulele Airlines. But for more than 10 years before Dallas-based Southwest Airlines arrived on the scene — since the demise of Aloha Airlines in 2008 — Hawaiian had been the sole carrier offering jet service, and its fares reflected it.

Why would Hawaiian Airlines lower its prices now?

Because of competition. When consumers have choices, companies have to offer more value. Hawaiian’s executives know that Hawaii residents prefer lower prices — who doesn’t? — plus Southwest is known for its “bizarrely nice” customer service.

This competition for passengers has been termed a “fare war,” but unlike the bloody wars between nations, this particular “conflict” has resulted in great benefits. Consumers are paying hundreds of dollars less than when Hawaiian dominated the market. This is a big deal for residents of the most expensive state, who now can take the difference and save, invest, or use it for basic needs such as food and medicine.

Tourists, meanwhile, can spend more at local businesses, which in turn can hire more employees or otherwise improve their services. Taxpayers benefit, too, since government officials also can travel more cheaply. Even the airlines, because lower prices have increased demand for their services, which in turn has generated more jobs.

The benefits are not just monetary. Families with relatives on the mainland and other islands are more able to visit each other for reunions, graduations, weddings and other occasions. Traveling interisland also has become a more realistic option for free spirits who simply want to enjoy all Hawaii has to offer.

But could the “fare war” eventually lead to Hawaiian going out of business, leaving only Southwest to dominate the interisland air travel market?

Anything is possible; some people think a “fare war” is what killed Aloha Airlines back in 2008, though others blamed it on poor management, outside financial woes and failure to recover from its 2004 bankruptcy.

It appears, however, that increased competition has not had a detrimental effect on Hawaiian Airlines. Its August 2019 traffic statistics showed a 4% increase in passenger traffic while its year-to-date load factor increased by over 1%, both compared with the same periods a year earlier.

On the downside, the carrier’s second-quarter net income declined 27% from the same period last year, but Hawaiian Airlines CEO Peter Ingram described that as “solid results in the context of an evolving competitive environment.”

“We have faced competitive challenges in the past and focused on making our business stronger, and our approach is no different today,” Ingram said. “And while others are looking at opportunities in Hawaii, we see opportunity, too.”

Again, competition encourages businesses to lower their prices and improve their services, and the benefits are widespread.

Sure, our legislators had nothing to do with Southwest Airlines entering the Hawaii market, but imagine how much we could benefit if they would roll back regulation and allow meaningful competition in industries that are within their jurisdiction, such as electric utilities, health care or the state’s myriad licensed occupations.

Rather than seeing themselves as the pilots flying us to prosperity, perhaps our state and county policymakers should see themselves as flight attendants helping us get on board the plane.

Josh Mason and Melissa Newsham are research associates at the Grassroot Institute of Hawaii.