Council approves PLAs despite many concerns 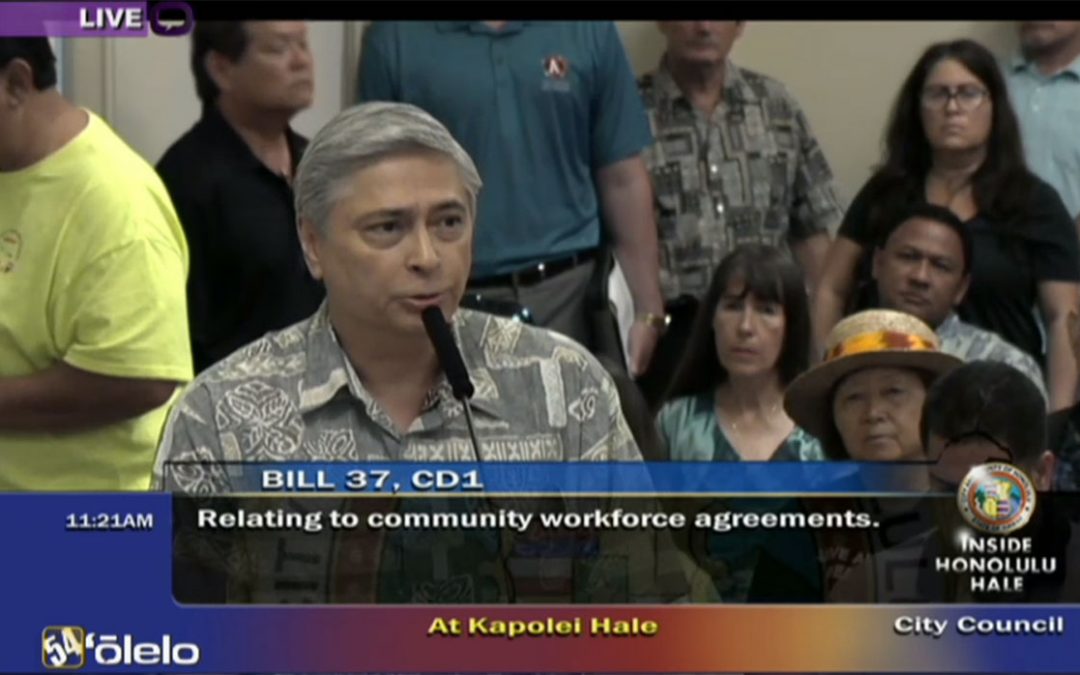 This testimony by the Grassroot Institute of Hawaii was submitted to the full Honolulu City Council on Oct. 9, 2019. It is similar to testimony submitted on July 24, except for a figure in the bill being increased from $250,000 to $1 million, then afterward to $2 million. After a public hearing, the Council approved the bill, 7-2, It now goes to the mayor. Pictured above is Jonathan Young, president of the Associated Builders & Contractors, Hawaii chapter, which opposed the measure. Seated behind him is community activist Natalie Iwasa, who also opposed the bill.

The proposed ordinance would enact sweeping and restrictive hiring conditions on county projects worth more than $1 million through the implementation of “community workforce agreements.”

On the contrary, instituting CWAs would guarantee that county projects would be subject to less competition among bidders and higher prices for taxpayers.