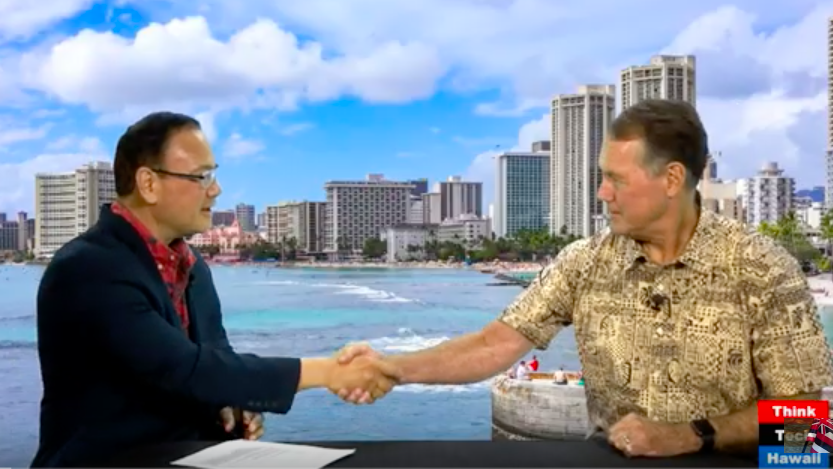 There haven’t been many prominent Hawaii politicians willing to openly criticize the federal maritime law known as the Jones Act.

Fortunately, there are a few notable exceptions, and it was my pleasure to interview one of those “rebels” on this week’s episode of my interview program “Hawaii Together.”

Congressman Ed Case, who represents Hawaii’s 1st Congressional District, joined me to discuss a series of issues of local and national importance. However, the topic we explored in the most detail was the Jones Act and its effect on Hawaii residents.

As Rep. Case explained, he’s been interested in the Jones Act ever since his time as a Hawaii state legislator. He described how he started asking about the impact of the Jones Act on Hawaii and immediately “felt like a ton of bricks had fallen on me.”

Because his colleagues were unwilling to discuss the issue, he began to believe that there must be something to the claims that the Jones Act hurts Hawaii. He told me that it didn’t take long before he realized that pro-Jones Act interests had a real stake in keeping Jones Act reform off the table:

“Once I understood what was going on, I understood that they had a monopoly and they were going to protect it at all costs, and they were quite lavish in terms of their campaign contributions and their influence … so nobody really wanted to talk about it.”

When he was elected to represent the 2nd Congressional District in the early 2000s, Rep. Case focused on how the Jones Act affected Hawaii’s agricultural producers. During his first stint in Congress, he introduced a series of proposals to exempt Hawaii from the Act, or at least for goods being transported to the mainland.

Rep. Case said that his “major issue,” with the Jones Act is that it restricts competition and has a disproportionate effect on “island jurisdictions such as ours.”

He said there is some debate about the purpose of the Jones Act, but “from my perspective, the real purpose was protectionism, to artificially protect a U.S. industry so they didn’t have to compete with anybody overseas. … Of course, that’s good for the business, but not good for all the folks that depend on it. And when your lifeline is off of shipping, you do not want a monopoly to develop so that your prices are not subject to market forces. And that’s what has happened with the Jones Act.”

During the interview, we discussed how many of the Jones Act costs are hidden. This isn’t just about the sticker price at the grocery store; it’s the added cost on everything that comes from the mainland, from food to the products we need to construct our homes.

The congressman said he doesn’t believe modifying the Jones Act needs to hurt unions. Union members in Hawaii are also paying the extra costs imposed by the Jones Act, he said. Nor is he willing to simply chalk up Jones Act costs to the price of living in Hawaii.

“I don’t accept ‘the price of paradise,’” he said. “There’s lots of things we can do here in Hawaii to deal with the price of paradise. Yes, it is going to be more expensive in many areas, but that doesn’t mean we have to extort money from the folks who live here because of an excuse like the Jones Act.”

So will Rep. Case introduce another Jones Act reform bill?

He didn’t give away any details, but he did give us a hint. While it is a national issue, Rep. Case wants to focus on Hawaii. Thus, he is planning to introduce some form of Jones Act exemption for Hawaii. In addition, he is considering a proposal that would leave the Jones Act in place but forbid shipping companies from charging a certain percentage above an established international shipping rate.

He acknowledged that the Jones Act is supported by a powerful lobby, but he thinks it’s possible to find bipartisan support in Congress for Jones Act reform. That is good news for those of us who support bringing the Jones Act into the modern age.

One idea that Rep. Case and I agreed upon is that it’s possible to modernize the Jones Act in a way that does not threaten union jobs or endanger national security. That is at the heart of our efforts to update the Jones Act for the 21st century.