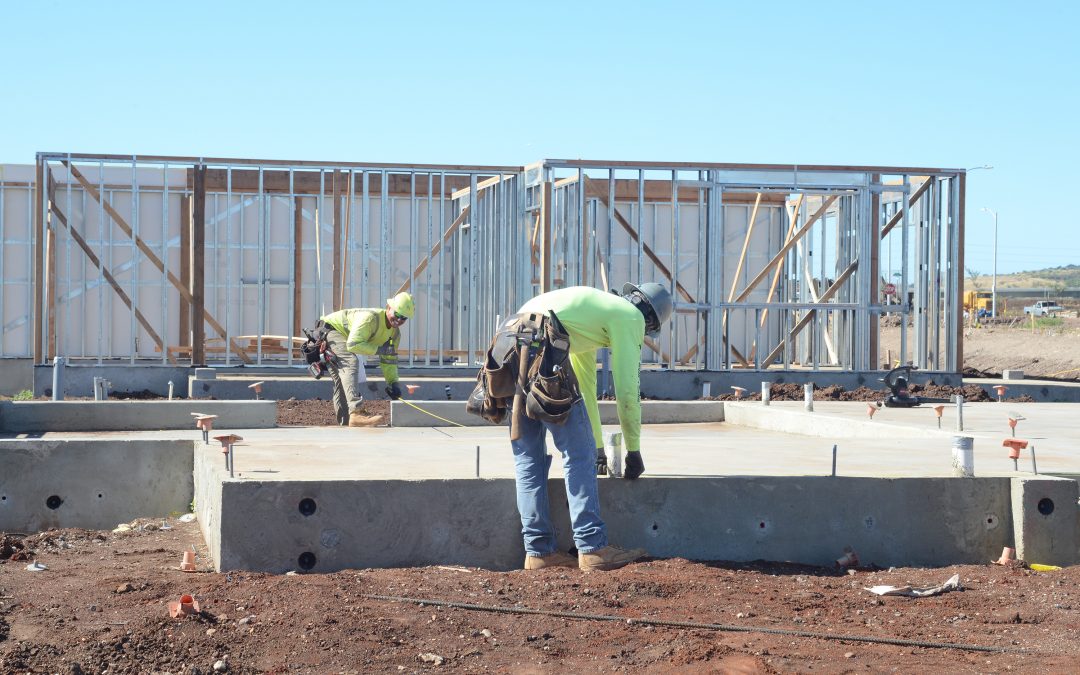 It would lead to more people working in construction trades and making homes more plentiful and affordable.

By Mauloa Akina and Alex Duggan*

(This article was originally published Dec. 12, 2019, in Honolulu Civil Beat.)

Many reasons have been cited for Hawaii’s sky-scraping price tags for housing, but there is one reason that is rarely mentioned: occupational licensure laws that restrict the supply of construction contractors.

A 2008 study cited by Mercatus Center researchers estimated “licensure raises the wages of licensees by about 15%,” and these higher wages are reflected in our housing costs.

Common sense dictates that limiting the supply of available contractors will make homes more expensive for consumers. Reforming these laws could help mitigate the high price of housing in paradise, and create more jobs as well.

Licensure laws in Hawaii are especially troublesome. A 2017 study by the national Institute for Justice ranked Hawaii at the very top of the list in terms of the average burden of licensing requirements, with 63 occupations needing licenses, averaging fees of $438, two examinations and 988 calendar days of work lost as a consequence per applicant.

Carpenters, in particular, must undergo 1,460 hours, roughly four years, of hands-on experience, pass two exams and pay a $615 fee before they can seek out any customers. By comparison, no license is needed at all in 25 states for residential carpenters and in 30 states for commercial carpenters.

To qualify for a journey worker electrician license in Hawaii, the state requires five years or no less than 10,000 hours of full-time experience performing electrical work, 240 academic hours of classroom instruction, a three-hour exam and a $500-$600. Amazingly, this is the least restrictive electrical license available in the state.

After completing the experience and training requirements, aspiring journey worker electricians then must perform basic electrical work under general supervision for four years. But finding an already licensed electrician who is willing to supervise such workers can be a challenge.

Dick Carpenter, director of strategic research for the Institute for Justice, based in Alexandria, Virginia, said this requirement “gives license holders the ability to restrict entry to potential competitors.”

The practical effect, said Carpenter, is to give existing contractors a measure of control over their possible future competitors.

“That does not expand the pool of contractors, which means the number of contractor firms does not grow,” said Carpenter. “This means less firm competition in the sector, and we all know the ill-effects of reduced competition.”

Hawaii restricts reciprocity agreements, meaning that individuals already licensed in other states have to start from scratch if they wish to serve customers in the islands. This is outside the norm, considering that 44 other states allow reciprocity.

It may seem that Hawaii imposes these heavy requirements to ensure that the most qualified workers can fulfill these high-risk jobs at a high-quality level. However, the Obama administration released a report in July 2015 that found “most research does not find that licensing improves quality or public health and safety.”

Hawaii has some of the most extreme single-home construction costs in the nation.

One study cited by the report said that increasing the number of schools offering courses to help contractors pass their exams actually led to a modest reduction in build quality.

These results are consistent with 19 studies reviewed in 2017 by researchers from the Mercatus Center at George Mason University, who found no conclusive evidence that stricter licensing was linked to an increase in quality.

To bring it all home (pun intended), Hawaii has some of the most extreme single-home construction costs in the nation. According to a Q3 2019 Construction Cost Report by Rider Levell Bucknail, construction of a residential single-family home in Honolulu ranges from $280 to $765 per foot, the highest amounts, dramatically higher — almost double the $430 per foot paid in other major cities.

At the ground level of home construction, building a house demands the contribution of many types of licensed workers, including carpenters, electricians, masons, painters, plasterers, plumbers and roofers. Licensing acts as a barrier to efficiently marshaling the needed workers and can cause delays in project completion times. It restricts the supply of local and incoming contractors, increasing the cost of housing to consumers while not necessarily improving the quality of the homes that are being built.

In the end, Hawaii home buyers and builders are left paying more, and waiting longer for the finished products than their counterparts in other states. Easing or repealing such restrictions would lead to more people working in the construction trades and making homes more plentiful and affordable for Hawaii’s struggling local families.

If Hawaii policymakers share these goals, they need to tear down the state’s licensing walls in order to build a better Hawaii.

Thomas “Mauloa” Akina is a research intern at the Grassroot Institute of Hawaii.