The price of paradise: Why many Hawaii residents are forced to leave home 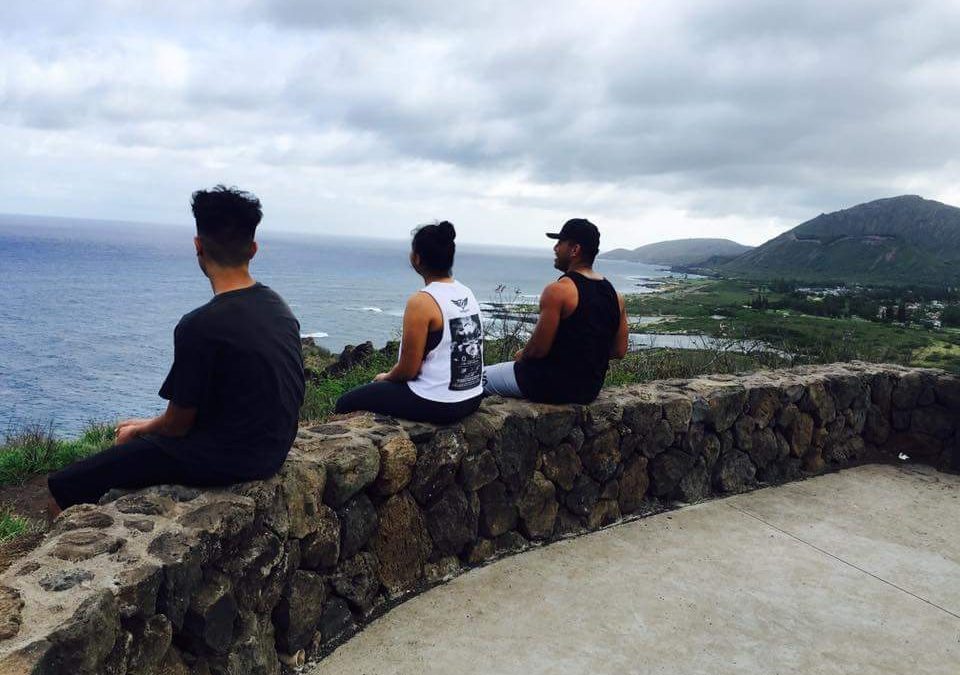 Hawaii is often referred to as “Paradise on Earth.” Located in the Pacific Ocean, approximately 2,100 miles southwest of the mainland, the Hawaiian Islands have become a popular destination for tourism.

According to the Los Angeles Times, Hawaii received 9.3 million visitors in 2017 alone. This was a 4.6% increase from 2016. Tourists are attracted by the unique scenery, traditional foods, and the blend of cultures that attribute to Hawaii’s powerful history.

If you were fortunate enough to grow up in Hawaii, you had a deeper love and appreciation for home. You lived by “Aloha Spirit,” meaning you were taught to treat others with love and respect.

You and your friends probably skipped school to enjoy the beach. You learned to cook several different dishes with SPAM. Living on an island didn’t require you to drive as long as you memorized the bus routes. With the humidity, your wardrobe only consisted of shorts, a tank top and slippers.

Growing up in Hawaii also taught you that, even simple island living comes with a hefty price tag. Currently, the astronomical cost of living threatens many families’ ability to remain in Hawaii.

‘Why We Left Hawaii’

The Grassroot Institute of Hawaii is a nonprofit organization that seeks to educate Hawaii’s residents on the values of individual liberty, economic freedom and accountable government.

Its website provides a platform for residents to share their stories on what influenced their decision to leave Hawaii. It is no surprise that the common reason for leaving is due to the cost of living.

One story comes from Tom and Ycrem Holloman, who recently moved from Hawaii to Indiana.

Settling for small living spaces is how many local residents cling onto the chance to remain in Hawaii.

The Holloman family said they would love to return home eventually, but only if living costs were to drop or if they were win the lottery.

Another story comes from Ashlyn Sakaria, who was born and raised on the island of Oahu. Ashlyn is married with a 6-year-old daughter. As a construction worker, her husband had a good income making $26 to $60 an hour.

Like many residents, Ashlyn was living paycheck to paycheck and couldn’t afford to put money aside into a savings account.

“We were both working, but not being able to enjoy life due to the extreme high cost of rent and utilities,” she said. “I never imagined leaving the place I love and called home, but enough was enough; we got tired of worrying about whether we could afford our apartment.”

Even a two-income household was not enough to keep Ashlyn and her family in Hawaii. They both realized that, in order to create a better future for their daughter, they would need to leave home and start over in a much-cheaper area.

“In Hawaii, we could never think of owning a home, but here in Arizona we actually have a chance to be able to buy a home. As hard as it was to leave Hawaii, we knew we had to do better for our daughter,” she said.

More residents realize their future in Hawaii is an unstable one.

What are Ways Residents Manage to Remain in Hawaii?

Although there has been an increasing number of local residents leaving home, many still manage to remain in Hawaii regardless of the high cost of living.

Here are a few strategies that has made it possible for people to stay in their home state:

Living with other family members

If you’re single and don’t have any kids, then juggling several jobs might work for your lifestyle. For the average family size of four, however, this doesn’t work. Moreover, parents spending more time at multiple jobs means they have less time to spend with their children at home.

Young people and college students who aren’t financially established may find it difficult to scrape by, let alone save money.

This does not create an atmosphere that encourages young people to advance their careers, meaning more people are choosing to work instead of going to college or trade schools. As it stands, the economic gap between generations is only going to get worse.

Culturally speaking, the people of Hawaii and their families are quite close. However, it is the economic stress that is truly forcing these families to live under such cramped conditions.

As for the apartments and living spaces that are affordable, there are very few options that do not require certain sacrifices. If you look for an apartment located in a safe area with access to public transportation, you will most likely have to settle for a unit that is quite small and expensive.

An 800-foot, two-bedroom apartment will run someone, at minimum, $2,000, including utilities. If you are looking for more space or cheaper rent, you will find the socioeconomic drop-off quite steep.

Sandy was born and raised on the island of Oahu. She has experienced the financial struggles that come from raising a family in Hawaii.

“We were paying $2,000 for a three-bedroom apartment,” Sandy said. “As we acquired debt from other living expenses, we could no longer afford our apartment and had to move into a one-bedroom apartment for $1,200. I am unable to work, because I have two children. In order for my boyfriend and I to have spending money, he is forced to work side jobs on the weekends.”

Her family’s decision to move into a smaller apartment due to the financial stress has become increasingly common amongst young adults.

“Before we had our kids, I was working a part-time job for a cleaning company making $10 an hour. With my income, I couldn’t even afford to rent a room,” Sandy said. “Luckily, my boyfriend has a painting job with decent pay, but he’s had this job for five years now and we’re barely able to pay our rent.”

Many residents find themselves so overwhelmed with day-to-day expenses, they’re unable to entertain the idea of building savings or allocating money for leisure activities. Many also find themselves lacking certain credentials to be competitive against their peers who come from the mainland.

Nohelani is 27 years old and currently resides on Oahu. She moved to Hawaii from the mainland a couple years ago. Through her job experience, Nohelani managed to find a good-paying job as a full-time bartender.

“A lot of young adults with ‘experience’ move to the islands and are able to obtain a job or career quickly,” she said. “When I moved to Hawaii, I landed a great job. Big money. Great benefits. Networking, you name it! But truth be told, as a bartender, I rarely see/meet local bartenders (born and raised). Big jobs would rather choose big experience compared to smaller experiences. That’s the sad truth.”

The reality is, there is a growing competitive gap between those who are born and raised in Hawaii and peers who migrate from the mainland. 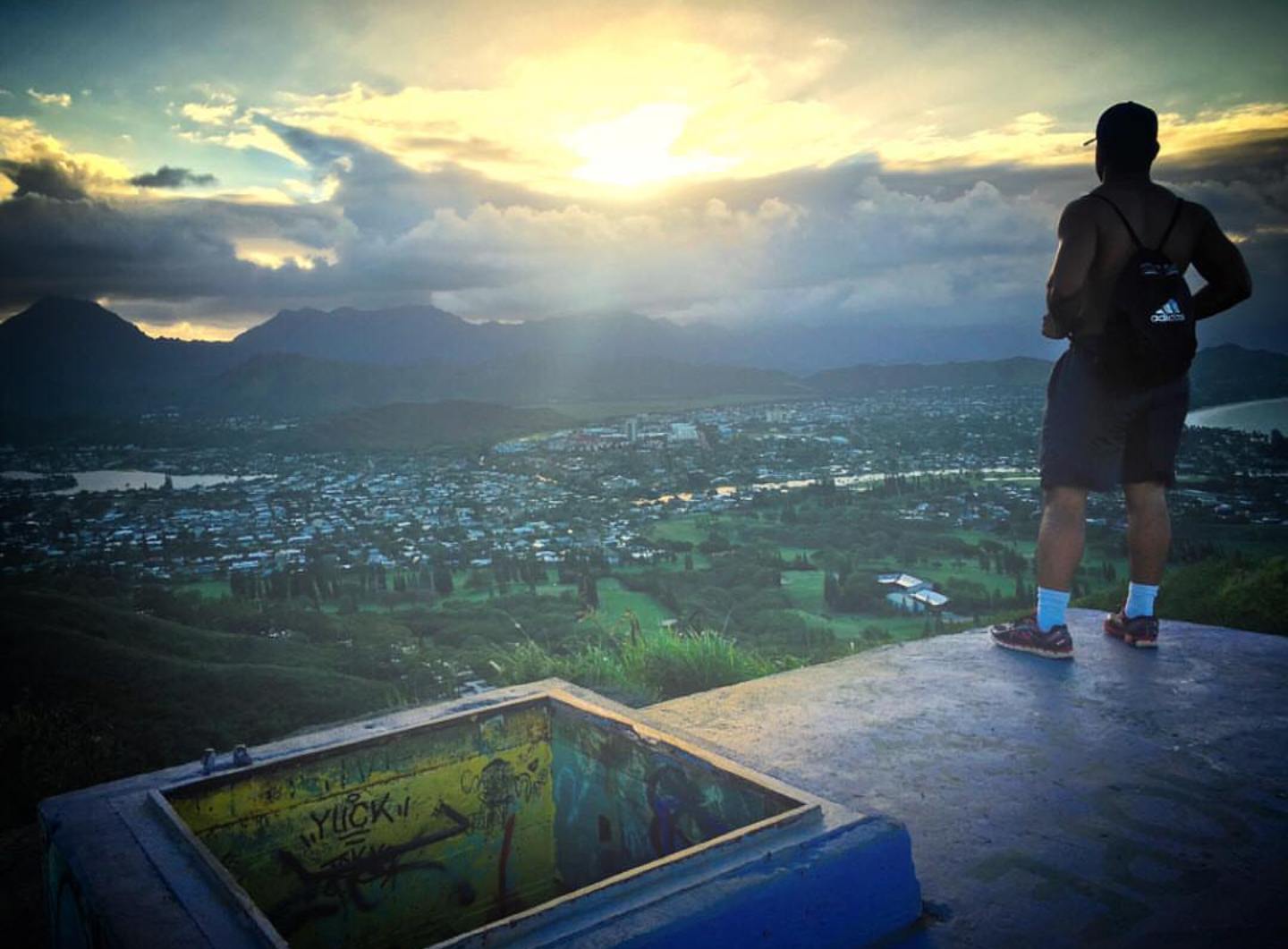 Hawaii is more than just an exotic vacation. Beyond the beautiful beaches and hotels, there are generations of families who actively find ways to survive the financial catastrophe that has become Hawaii’s economy.

In the future, it’s hoped these stories inspire lawmakers to prevent more residents from leaving the state, rather than just encouraging more people to visit for a good time.