Will 2020 be the year of a Hawaii Airport Corporation? 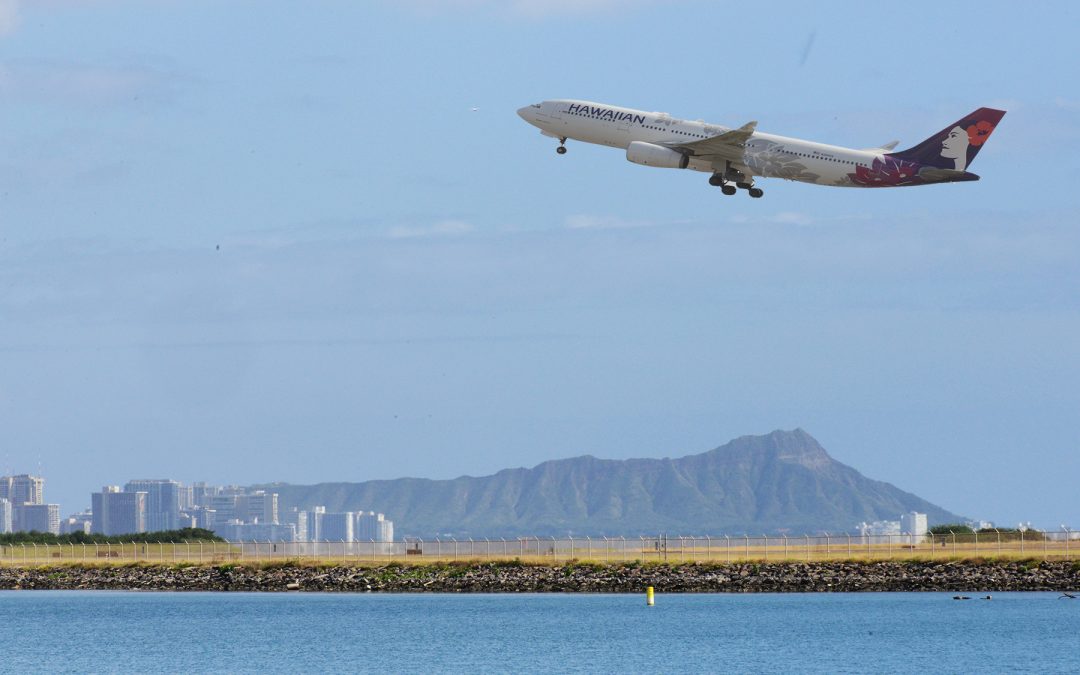 Hawaii state Sen. Lorraine Inouye (D, District 4)  has submitted bills four years in a row[1] to establish a semi-independent Hawaii Airport Corporation, all to no avail.

But maybe the fifth time will be the charm.

It’s not like there isn’t a good reason to wish for reform. Hawaii’s airports are central to the state’s largest industry: tourism. The industry generates over $2 billion for the state in tax revenue and almost all visitors arrive by air.[2] Yet many of the state’s airports are comparable to those of developing countries, with dilapidated facilities[3] and confusing terminals.

Support for the change has come from airlines, airport concessionaires and even state government departments, but their efforts to obtain legislative cooperation have failed.

Among the 50 U.S. states, only Hawaii, Alaska and Maryland do not have independent, professionally managed governance organizations for their airports.[6] Privatization, of course, would allow airports stakeholders the most flexibility to respond to the needs of the market. Privatization of airports has been taking place around the world for decades, with great success.[7]

For now, however, a quasi-independent airport corporation would likely be the next-best option. According to a 2008 study, fully privatized airports were the most efficient while those operated by semi-autonomous airport authorities were the second most productive.[8]

Proposals to establish an airport corporation in Hawaii to operate the state’s 15 state airports have been introduced every year since 2016. Most recently, Senate Bill 666 (not the most auspicious number to attach to a bill) was shelved in the House Committee on Finance.[9] Had it been approved, the bill would have centralized oversight of the state airports under one operating entity.[10]

“Our ability to plan and respond effectively to the many challenges we find in air transportation and infrastructure [has] been hampered by our lack of one central authority,” Inouye said in July to Airport-technology.com reporter Andrew Tunnicliffe.[11]

“I hate to be over dramatic but we’ve got to fix this,” said United Airline CEO Oscar Munoz during his recent visit to Hawaii. “I toured [the Honolulu] airport with our team this morning … and literally things are coming off the wall.”[14]

During his visit to the Kahului Airport on Maui, Munoz told reporter Wendy Osher, “What we would like to act upon is sometimes made a bit difficult with the process here in Hawaii. We don’t have an airport authority per se, so it’s difficult to make those investments that take a little bit of time. What we need to do is a lot bigger than just the work that we can do.”[15]

What is especially galling to airline executives is that Hawaii’s airports are self-sustaining and do not rely on taxpayer money. Their annual operation costs of roughly $400 million are entirely funded by airline fees and concession revenues.[16] However, airport budgets must be approved by the Legislature, and there is little ability to make changes, if needed, when the Legislature is not in session, from January through May.

This inefficient practice was an issue in early 2016 when Japan-based All Nippon Airways requested to fly double-decker Airbus A380s to Honolulu’s Daniel K. Inouye Airport. The project required $15 million to upgrade two loading bridges and make some other fixes, so the aircraft could be accommodated. The airline’s desired new flights would have brought hundreds of additional visitors per flight to the islands, but because the Legislature had already set the airports budget, the funds needed to make the necessary changes could not be acquired for more than a year, until July 2017.[17]

While the improvements were eventually implemented and the A380 services were authorized, current airport management practices created unnecessary delays and resulted in lost economic opportunities. A semi-independent airport authority, with its directors able to meet year-round, could have made these changes virtually immediately, without having to wait for the legislative window of opportunity.

Another example is the length of time it took to build a new Hawaiian Airlines maintenance hangar. Its completion was delayed for years and cost millions of extra dollars because when the original general contractor defaulted on payments to subcontractors and was dismissed, the airline had to follow cumbersome state procurement procedures before it could hire a new contractor.

Aside from the time factor, another issue with the procurement procedure is the low-bid contracting. According to Butay, procurement is conducted on a low-bid basis, meaning factors such as technical quality and maintenance costs may not be considered.

“We revert to low-bid because that’s the easiest to depend on when we have bid protests,” he explained.

So what has prevented the creation of an airport corporation?

Apparently the roadblock in the latest round was the state procurement code. The airlines want an exemption from it, but for some legislators, that has been a sticking point.

“Many parties who supported the bill’s intent opposed the exemption from the procurement code, on the grounds that it requires contractors to list their subcontractors, which offers a level of protection against businesses farming low-bid work to subcontractors for profit,” said Inouye.[19]

Rep. Troy Hashimoto  (D, District 8) vice chair of the House Transportation Committee, acknowledged that the state’s procurement code is cumbersome, but, he said, “There is some hesitation to just allow an entity to go free without some kind of checks and balances that the procurement process requires.”[20]

He noted that SB666 had been “moving through various committees,” but once it was amended to make sure the proposed corporation would be subject to the state’s procurement policies, its forward movement stopped.

Said Butay of the Transportation Department, “If they’re gonna pass the airport corporation without us having the ability to create and develop our own procurement process, I don’t think it would make much sense. It would not give us the flexibility or expedite the facility improvements.”

Rep. Sylvia Luke (D, District 25) and Rep. Ty J.K.Cullen  (D, District 39), chair and vice chair, respectively, of the House Committee on Finance, in which SB666 was finally shelved, did not respond to requests for comment.

Inouye also declined to comment for this article, but she told Hawaii Tribune-Herald reporter Michael Brestovansky in April that she would try again to get the bill enacted.[21]

“All indication is that is what is best for the state,” she said.