Stop the exodus from Hawaii! 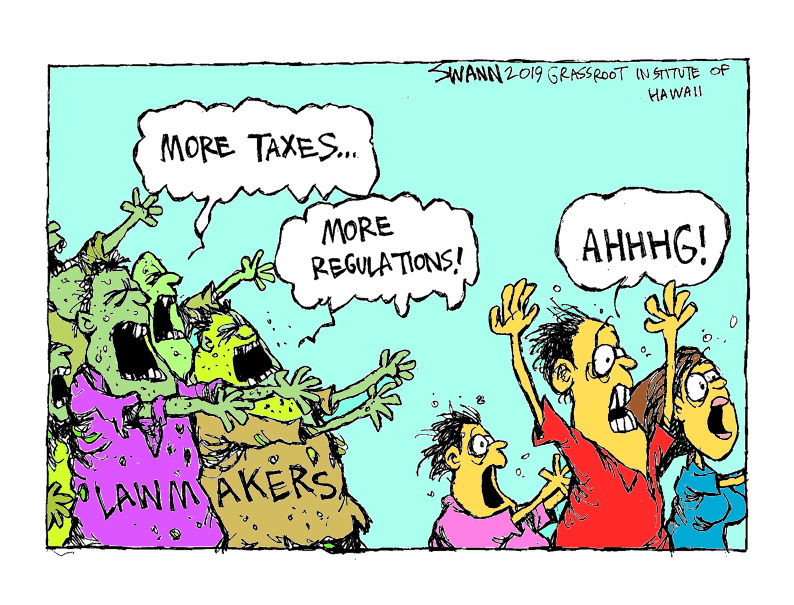 Figures released by the U.S. Census Bureau this week were true to expectations: During fiscal year 2019, Hawaii bade farewell to more residents than ever — a record 13,817, compared to the previous record in fiscal 2017 of 13,537.

Overall, more than 60,000 residents have left Hawaii since fiscal 2011, the first year for which data is available.

As I explained in an article this past weekend for The Wall Street Journal, it’s no mystery why people are leaving. Whether via survey or anecdote, when people are asked why they left Hawaii, or are contemplating leaving, reasons such as the state’s high cost of living, lack of affordable housing and paucity of economic opportunities top of the list.

Yet, Hawaii’s state and county governments have failed to address these issues.

Rather than reducing taxes or fees, they raise them, adding surcharges to the excise tax, increasing the top marginal personal income tax rate, and looking for ways to hike local fees and other expenses (like the gas tax).

Making more land available for residential development and streamlining the building process could ease the housing crisis, but Hawaii policymakers continue to look for more complicated and expensive ways to address the problem.

If only they understood that locals are getting fed up. Our article in the Journal garnered hundreds of comments, many from people who had experienced the problem firsthand. High taxes and questionable governance were mentioned over and over, as were a lack of career options. Several described the state as “beautiful to visit, but I wouldn’t want to live there,” while others begged residents not to relocate to their state if they planned to keep voting for the same policies.

For those who shrug off the negative migration as something that could relieve overpopulation, traffic congestion or other such concerns, it’s important to look at who are leaving. Unfortunately for Hawaii, many of those who choose to leave have valuable skills.

For example, a new University of Hawaii study shows that 152 doctors moved away in 2019, at a time when the state is suffering from a doctor shortage. Even though Hawaii is widely regarded as a paradise, it is hard to lure nurses, teachers and other professionals to a state where it costs so much to live — or retain them once they’re here.

Likewise, successful business owners, entrepreneurs and other job creators are more likely to seek out more business-friendly places to launch their endeavors, and save Hawaii for their vacations.

Losing those who seek economic opportunity is a worrisome trend, and one that Hawaii’s leaders should be working overtime to reverse. The type of residents who have been leaving are the type who are essential to driving our state’s economy.

Hawaii will never top the list of cheapest places to live, but that doesn’t excuse the pursuit of tax-and-spend policies that boost the cost of living into the stratosphere. It’s time to reject the idea that the “price of paradise” must inevitably be unreasonable, and focus on reducing taxes, increasing opportunities and making Hawaii affordable for local families.