by Grassroot Institute of Hawaii | Jan 10, 2020 | Cost of Living, Homelessness, Rail, Website, Why we left Hawaii 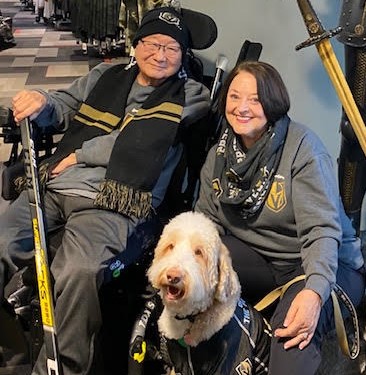 I was with a girlfriend. We came from California. I was 20 years old, and I was the queen of the Lurline for that voyage. We were prepared to stay for three months. My friend returned to California, and I decided to stay.

I got a job at the Spencecliff Prime Rib restaurant and Grog Shop in Waikiki. I started in May of that year and met Fuji, a relief bartender, my first night at work. We enjoyed talking with each other and began dating right away. We eloped in April of 1967.

Fuji and I bought our first home in Kaneohe in April 1968 and had our first son in August 1968. Our second son was born in August 1970. We lived in Kaneohe for 30 years. On the day H-3 freeway opened (Dec. 12, 1997), we moved to a new home in the Enchanted Lake Area of Kailua.  We enjoyed our new home for 20 years, during which time I decided to serve the community on the Neighborhood Board of Kailua. I was elected for two terms of service.

My second term was when I finally realized that our elected officials did not represent us well.  The beaches of Kailua are polluted, the trails are not maintained, and busing, parking, fireworks and speeding laws are not enforced. Many of our roads have potholes, and our dump hours did not serve us, so there was trash on the roadside that volunteers spent hours cleaning up. The homeless people were a threat to the community. They invade private properties (swim in our pools) and will not leave. It was unsafe, and the response from elected officials was minimal or nil. Such poor leadership was intolerable.

The people of Hawaii continue to reelect the same people and expect change. They all vote the same party as did their grandfathers, fathers, etc. They vote tradition rather than taking a look at who is running.

The rail is another crazy idea that I can’t even begin to explain. Steel?  Did we not learn from the Aloha Stadium that steel doesn’t work in Hawaii’s climate? There are parts of the rail that have already deteriorated and need repair — and it is not even in use yet. When asked on a regular monthly basis at our Neighborhood Board meetings what the budget limit was for the rail, representatives for both the mayor and governor responded, “It’s a go!” In other words, no budget, no limit, and the costs are still climbing.

Now we reside in Henderson, Nevada, and are enjoying travel and visiting friends and relatives that have also relocated. Our roads and parks are maintained. Our community is safe and dog-friendly, with walking and biking trails off the main roads. There is a respect for life of all ages. We have multigenerational centers with activities for young and old.  We can see our taxes at work. What a concept! We love living in America!