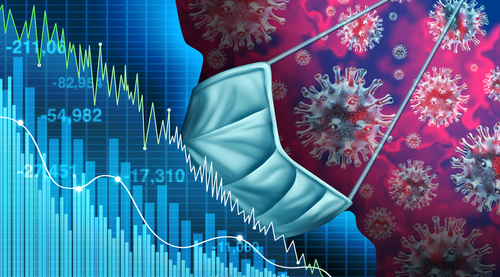 Now that the coronavirus is officially a pandemic, politicians everywhere are scrambling to respond.

While we applaud efforts to protect citizens’ health, there is another element that must be accounted for: the virus’ effect on Hawaii’s economy.

Earlier this week, the Economic Research Organization at the University of Hawaii (UHERO) predicted that a coronavirus scare would lead to a dip in tourism, the possible loss of 6,000 jobs and a protracted recovery period.

The State Council on Revenues echoed this uncertainty by reducing its revenue projections for the year to 0% growth. It is obvious that the Council is signaling to the Legislature that it cannot predict what will happen to the economy this year. But if its new revenue projection is correct, it means the state will spend nearly its entire surplus in fiscal 2021 and start fiscal 2022 with a $257 million deficit, according to a Grassroot Institute of Hawaii analysis.

This should be a wake-up call to the Legislature: It’s time to discard its big-spending plans and focus on ways to help the economy recover quickly.

Where to start? By cautiously evaluating proposals that could become a burden on the economy. And by enacting laws that would lower the cost of living and doing business in Hawaii.

For example, the bill making its way through the Legislature to raise the state’s minimum wage (HB2541) would increase the chance of restaurants and small businesses closing their doors even in a good economy. Now is not the time to add to their payroll burdens and force them to choose between cutting hours, cutting employees or going out of business.

Then there are the proposed tax hikes, like the bill that would raise income tax rates (HB2385), the “state improvement surcharge” (HB1990) and the proposed carbon tax (SB3150). All would add to the cost of living and burden residents with more bills. There’s never a good time for such bills, but even our most ardent pro-tax legislators should be shelving ideas like this in light of the latest news.

Likewise, large-scale spending commitments, like experimental government-built housing projects, should be put on hold during this time of uncertainty.

In addition to stopping proposals that would add to our tax burden, the Legislature should be looking for opportunities to cut costs for our residents and state government as a whole. The general excise tax exemption for medical services (SB2542), for example, would help the medical community while lowering costs for consumers.

Given the stagnant revenue projections, legislators will need to consider cutting the fat wherever possible. They also can look for places to increase efficiency. Right now would be a good time to reexamine the airport corporation bill, which would give Hawaii’s airports the ability to react with flexibility to changing circumstances in the coming year.

There’s no need to panic. We are looking at a challenge, not a catastrophe. But Hawaii’s policymakers should take these forecasts seriously and put aside their high-priced projects and tax hikes for another time. We would prefer such initiatives go away permanently, but for now, we’d be happy to see them disappear until the economic forecast is as sunny as the sky over our beautiful islands.