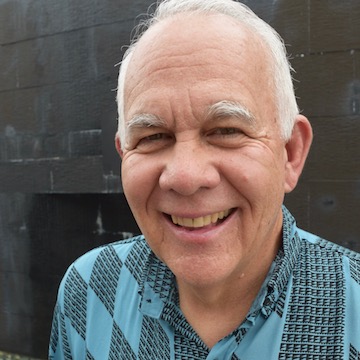 Durrett: America’s founding is ‘an eternal fountain of inspiration’

Jonathan Durrett has been a valuable member of the Grassroot Institute of Hawaii board of directors for three years now, helping it navigate Hawaii’s legal and political waters in pursuit of individual liberty, economic freedom and limited, accountable government.

He was born on Oahu, where he spent his elementary and intermediate school years.

“I got a good grounding in local culture at the time and learned to love Hawaii,” he said.

Jonathan also lived in various cities on the mainland, because of his father’s Air Force military assignments. Jonathan himself did a stint in the army and completed a two-year church mission in Denmark before returning to the islands in the mid-’70s to attend the University of Hawaii law school.

These days he is a senior partner of Durrett Lang LLP, where he has been practicing law for the past 38 years. His firm concentrates on business law, commercial and civil litigation, and facilitating real estate transactions and development. He also has taken cases concerning religious liberties and limited taxation.

Besides helping the institute, Jonathan previously served eight years on the Native Hawaiian Legal Corp. and formerly was involved with the Boy Scouts of America, Aloha Council. He lives in West Oahu with his wife, Mary-Ester Mapuana Kamoe, with whom he has five children and 12 grandchildren.

Melissa Newsham: How did you get involved with the Grassroot Institute of Hawaii?

Jonathan Durrett: I was invited by (former chairman) Dick Rowland, who was a visionary man and had a strong belief in what he was doing.

He was actually a business colleague of my father. I remember him inviting me out to eat with Keli‘i (Akina), and we deepened our relationship at that time. I wasn’t totally convinced the institute would develop into a first-rate organization, but I admired their courage, and I wanted to help in any way that I could.

I attended meetings and informally acted as legal counsel on some issues. Dick thought it would be nice if I served on the board and extended an invitation. I declined. I was serving on some other volunteer boards. I thought I would be spread too thin.

After completing some of those volunteer terms, some of my time opened up and I spoke with Keli‘i and he invited me to serve on the board. That was about three years ago.

Q: What do you think is the most pressing issue in the state?

A: I think there are several. I don’t want to be alarmist, but the continual drift to government control and regulation is a great burden on the economy, including for young people.

The inclination to want to have the government solve all of our problems is a very dangerous trend and trajectory that is going to lead to economic calamity, if it’s not controlled.

In Hawaii, the political structure is such that the single power in the state is the government-workers union. For a long time, the general feeling was: Why do civil service workers need public-worker unions if they have the protection of the civil service system? And that has been the general attitude in well-run states.

But Hawaii not only went early to civil service unions, they have used that as a means to control politics here by giving donations to legislators and their campaigns.

The Grassroot Institute of Hawaii has done a lot of important work in trying to show how that has negatively affected Hawaii, with the pension deficits and other deficits that we have.

Q: What are your favorite books, and which would you consider to be the most influential in shaping your political philosophy?

A: I like to read about the American revolution. I liked David McCullough’s “1776” and other books, like “Founding Brothers” [by Joseph J. Ellis]. The story of the founding of America is an eternal fountain of inspiration for me.

One of the most influential books on me was David Horowitz’s “Radical Son: A Generational Odyssey.” It’s an autobiographical book about Horowitz, who started out as a Marxist and later he became active in the Black Panther movement and underground in Berkeley. He bought into all of the revolution stuff, but he finally realized that those radicals never had a solution for after the revolution. They foment revolution, like all communist parties do, and then after the revolution, there is no stability, and it always results in genocide, like in Cambodia or China.

He eventually evolved into a full-fledged conservative, one who now singles out outrageous conduct by professors, student movements, anti-Semitic movements and anti-free speech movements. His book had a tremendous impact on me.

Q: What is your favorite thing about Hawaii?

A: The aloha culture that we grew up with is my favorite part, but the stresses of modern living are having a negative impact on that culture. Some of the things that I enjoyed so much as a young boy are being strained and gradually dissipated.

Q: What advice do you have for young people, especially those who love Hawaii and want to stay here but are troubled by certain negative aspects of living in Hawaii, like the high cost of living?

A: What I told my children was to educate themselves on the mainland, and go as far as they can in a career. Then if they still want to come back to Hawaii, come back, once they have credentials and experiences.

I have some kids who have not listened to me and just decided to try to live in Hawaii on their own, and it’s a struggle for them. But they’re so committed to the Hawaiian lifestyle that they’re willing to put up with the kind of adversity that a young person faces who is trying to make it here.

Of course, not everybody has the means to be able to go away and live on the mainland and become credentialed. But I think spending time on the mainland can be beneficial — not only to increase their standard of living but also to give them a wider perspective of how they can improve Hawaii once they get home.

That’s the advice that I’ve given to my children.