Planes, trains and automobiles — but not ships 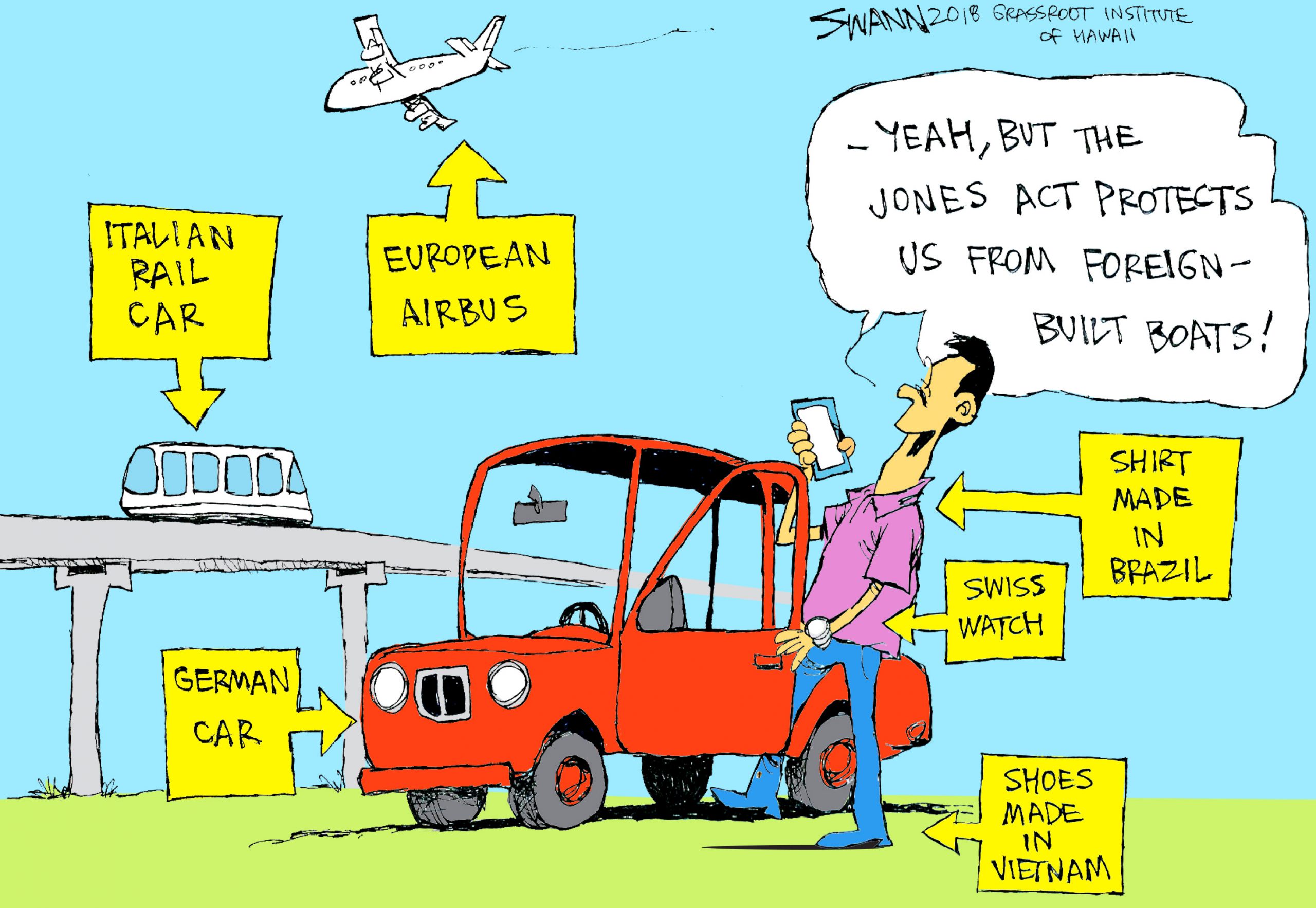 Planes, trains and automobiles. A movie, yes, but what else do they all have in common?

For starters, American companies and individuals are free to buy them from any country in the world. They use them to transport goods or passengers, commute to work, take vacations and for many other useful and productive reasons.

These transportation options are the lifeblood of the U.S. economy and society, enabling the efficient distribution of goods throughout the country — though not, of course, including Hawaii.

Unlike the contiguous mainland states, Hawaii does not have the luxury of trains or trucks bringing in goods from other states. Instead, it must use ships — which, critically, Americans are not allowed to buy from abroad.

Blame it on the Jones Act, otherwise known as Section 27 of the Merchant Marine Act of 1920, which among other constraints requires all ships moving goods between U.S. ports to be built in the United States.

But if you want to buy an airplane from overseas? Go ahead. American airlines often buy their aircraft from abroad. Hawaiian Airlines, for example, buys its Airbus A330 and A321neo planes from France.[1] Its ATR 42-500 planes are made by a company with roots in France and Italy. Overall, three-fourths of Hawaiian Airlines’ fleet is foreign-built. United Airlines buys its planes from Embraer of Brazil and Bombardier of Canada.[2]

Train-related imports in 2019 totaled more than $1 billion, with companies such as BNSF Railway and Union Pacific Railroad having imported locomotives in the past.[3] But the United States still exports train-related products, too, made by companies such as Canadian-owned Bombardier USA and American-owned National Railway Equipment. Train-related exports totalled about $1.4 billion in 2019.[4]

As a point of clarification, passenger railcars aren’t typically imported to the United States as finished products; instead, due to a “Buy American” requirement related to the use of federal funding, their designs and parts are imported and their construction is completed in the United States, typically by U.S. affiliates of the foreign manufacturers.[5] Freight locomotives, on the other hand, typically do not involve public funds and thus are not subject to “Buy American” laws.[6]

As for automobiles, Americans in 2018 spent more than $190 billion purchasing such vehicles from overseas manufacturers.[7] This included popular models such as the Jeep Renegade, made in Italy; the Chevy Equinox, made in Canada; the Dodge Charger, also made in Canada; and the late Ford Fiesta, made in Mexico.[8] The final Volkswagen Beetle rolled off the assembly line of a plant in Puebla, Mexico, in 2019.[9]

Still, despite competition from imports, U.S.-produced vehicles comprised 65% of domestic sales in 2016.[10] The United States also ranked third in terms of automobile exports in 2018, sending out more than $50 billion worth of cars, trucks and SUVs.[11] Comparatively, the U.S. builds no oceangoing ships for export.[12]

U.S. manufacturers of planes, trains and automobiles all compete internationally, so why can’t our shipyards? You’d think they would be thriving, given their protected market. However, as a recent National Defense University paper noted: “Rather than ensure a healthy industry, … the Jones Act has resulted in an industry that gets by on building smaller boats, repair facilities, and oil rigs.”[13]

For the military, this has meant sometimes having to buy ships from abroad. U.S. law prevents the armed forces from purchasing foreign ships, but a waiver is allowed if the president makes the determination that “it is in the national security interest of the United States.”[14] U.S. presidents used this power in the ‘80s and ‘90s so the military could buy foreign-made ships for the National Defense Reserve Fleet.[15] Today, foreign-built ships comprise about one-half of the NDRF fleet.[16]

Even with all the regulations for shipbuilding in the United States, shipyards silently outsource many critical components. Bryan Riley, a senior trade policy analyst for the Heritage Foundation’s Center for Trade and Economics, noted in 2016 that, “The oceangoing ships assembled by NASSCO, Philly Shipyards and VT Halter couldn’t leave the dock without imported parts.”[17] U.S. shipyards often outsource plans and other key components to countries like South Korea, Norway and Germany.[18]

In 2018, the Cato Institute wrote about “that rarest of commodities, a new U.S.-built commercial transport ship,” the El Coqui, which had just “completed its maiden voyage by entering the harbor of San Juan, Puerto Rico, to deliver its cargo.” However, it said, “The vessel’s very DNA … is more foreign than American, with design work largely performed by Finnish company Wärtsilä using a team mainly located in Poland and Norway. In addition, testing for a model of the ship took place at a facility in the Netherlands. That’s not all. Its celebrated LNG propulsion system features engines from a German company, MAN Diesel & Turbo, that were produced in Japan. The actual LNG tanks were supplied by another German firm, TGE Marine Gas Engineering.”[19]

At the same time, exceeding Jones Act limits regarding parts can spell big trouble. In 2017, Dakota Creek Industries’ shipyard in Anacortes, Washington, needed a Jones Act waiver to sell its fishing trawler America’s Finest because too much “foreign” steel was used in its construction.[20]

According to writer Samuel Hill in National Fisherman, “The state-of-the-art vessel was supposed to be a big upgrade for the Fishermen’s Finest fleet but Dakota Creek used too much steel that was modified overseas in the boat’s construction to pass muster under the Merchant Marine Act of 1920. … The shipyard had parts of the hull cut and bent in Holland before being processed stateside, and those parts ended up accounting for about 10% of the vessel’s weight, well above the allowed 1.5%. That work cost $275,000, or 0.4% of the projected total vessel cost of $75 million. Now the yard has to seek a waiver that would allow the boat to fish in U.S. waters despite noncompliance with the act.”[21]

Dakota Creek Industries eventually did obtain a waiver, in January 2019;[22] otherwise, it would have been looking at having to sell the vessel abroad at a loss of about $25 million, with two companies and 500 jobs disappearing as well.[23]

Meanwhile, the current fleet of Jones Act ships is not even capable of serving all the needs of the U.S. market. Imagine the U.S. trucking industry not having a single livestock trailer, or railroads not owning any grain hoppers. Yet the Jones Act fleet experiences just these kinds of difficulties: There isn’t a single Jones Act-qualified livestock vessel, nor any qualified LNG tankers,[24] leading Puerto Rico to purchase its LNG from Russia.[25]

It’s clear the United States needs to ditch its requirement that all goods and passengers transported between U.S. ports be aboard U.S-built ships. The idea that Jones Act-qualified ships are “Made in the USA” is hardly accurate anyway, and the reasoning behind such a requirement is inconsistent with overall U.S. trade policy. 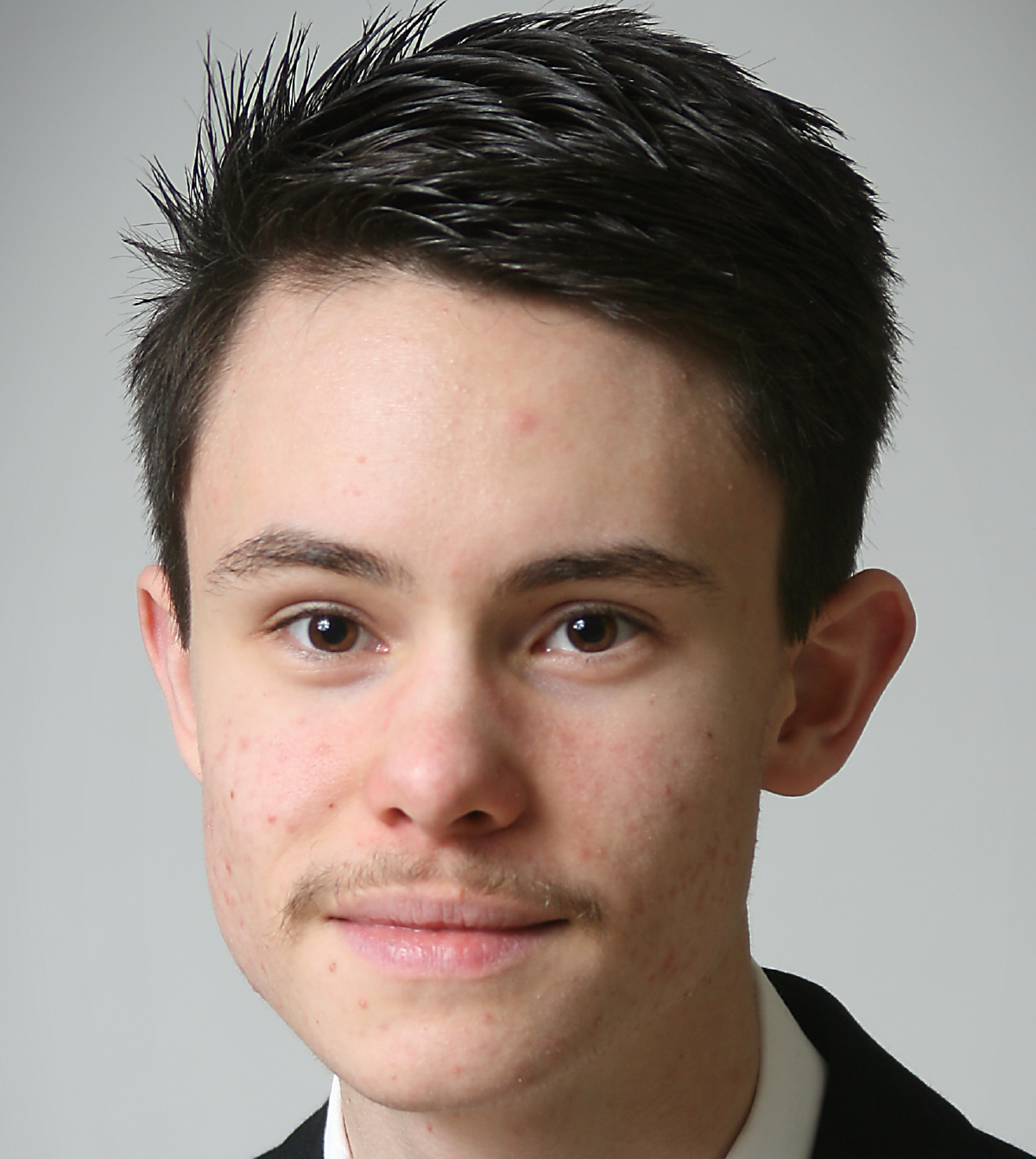