The lowdown on lockdowns 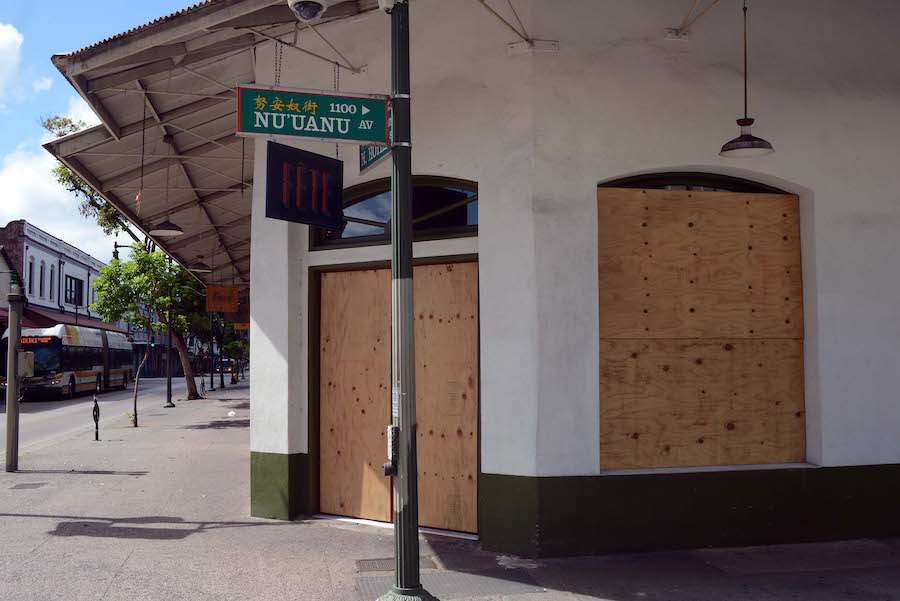 Feeling cooped up by the curfews and quarantines?

You’re not alone. As Hawaii’s statewide COVID-19 lockdown has stretched now beyond a month, the Grassroot Institute of Hawaii has seen more and more questions from our supporters about the limits of government power. What  gives our state and county governments the ability to issue stay-at-home orders or deploy drones above our beaches?

This week, I explored that question with two different Honolulu-based legal scholars: Robert Thomas, an expert in eminent domain and government takings, and Jeffrey Portnoy, who specializes in First Amendment and government transparency issues.

During a free webinar that we sponsored on Tuesday, “Safety vs. liberty,” Thomas was quick to emphasize that our state and county governments do not have the authority to infringe on our basic rights. If there were only one takeaway from the webinar, he said, it should be:

“Your constitutional rights are not suspended in times of emergency. The Constitution has that baked in. It was designed to work equally as well in times of calm as in trying times.”

Nor are we at war, a situation in which our courts typically will tolerate greater infringements upon our civil rights.

That is the good news.

The bad news is that even without being in a war, the judiciary usually will defer to government actions taken in the name of public health and welfare. This means measures such as the curfew and stay-at-home orders likely would survive court challenges. For example, the U.S. Supreme Court in 1905 allowed the state of Massachusetts to actually require vaccinations — a pretty severe example of government encroachment on our bodies.

On the other hand, Thomas said if the measures are perceived to affect fundamental constitutional rights, the courts likely will take a harder look. The key is whether a particular government action applies to everyone or is more tailored. For example, a prohibition on anyone going outside would be a blanket measure and likely be permitted; a prohibition on going to church would be more narrow and likely be subjected to higher scrutiny.

Courts could also order compensation for infringements on property rights. In the current situation, this might apply to government moratoriums on tenant evictions or proposed rent holidays. A landlord challenging a law that allowed tenants to stop paying rent during the lockdown would likely win compensation.

On my “Hawaii Together” program on Monday, on the ThinkTech Hawaii network, my guest Jeff Portnoy was most concerned about the temptation to use the lockdown and public health issue as justification for infringing on privacy rights — especially given the power of modern technology.

At the moment, he said, it’s just a question of drones giving warnings over the beaches. But later those drones could be equipped with cameras and directed to hover over homes and neighborhoods to record our actions. What’s more, the government could decide to use technology such as apps or information from tech companies such as Google or Facebook to track our movements and record violations of curfew orders.

Portnoy said the long-term threat is that people might grow to tolerate such infringements, even after the current crisis has passed.

“Are we going to get conditioned?” he asked. “Is the next thing that happens, which may not be this serious, going to cause the government to impose the same restrictions, and we kind of shrug because we’ve just been through it? I don’t think that’s going to be an issue, but I do think the more people get accustomed, if that’s the word, to things like drones going over the beaches, I think there’s a reason to be concerned.”

As Thomas said, “We have to make sure to hold government to account after it’s over, so temporary restrictions don’t become permanent.”

Of course, one area where we will need to hold our state and county governments to account is transparency. Gov. David Ige’s suspension of our open-meetings and open-records laws has been widely criticized, and the Grassroot Institute is working with other watchdog groups in urging the governor to rethink those restrictions.

In our next webinar, starting at noon on Tuesday, April 21, we will welcome Sandy Ma of Common Cause Hawaii and Brian Black of the Civil Beat Law Center for the Public Interest to talk about the value of government transparency during a crisis. Registration is free; just click here to sign up.

The Grassroot Institute continues to work to defend liberty and economic freedom in Hawaii, despite the challenges of the lockdown. I hope you and your loved ones continue to be safe and healthy, and that it won’t be long before we join together in pursuing our livelihoods and dreams in accordance with our constitutional rights and freedoms.