This is no time for a minimum-wage hike 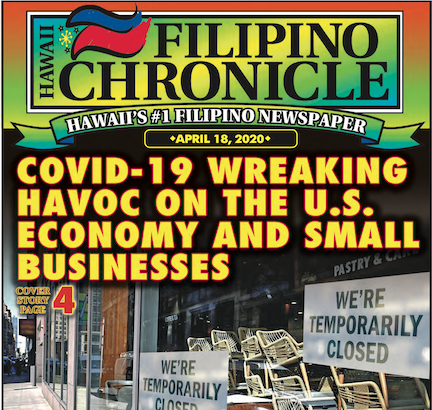 If we want Hawaii’s economy to recover from the coronavirus shutdown, we have to put aside any possibility of a minimum-wage hike.

As I write this, Hawaii is on Day Six of a statewide lockdown in response to the CORVID-19 pandemic. Hotels have closed, restaurants are empty, rental cars are sitting idle in the Aloha Stadium parking lot, airline flights have been canceled, and almost 100,000 thousand laid-off workers are swamping the state unemployment office.

With time, our economy will recover. But when the conversation turns to helping those who are struggling, it’s inevitable that a minimum-wage hike will be proposed.

Before the shutdown, House Bill 2541 was sailing through the Hawaii Legislature. In the name of helping working families, it proposed gradually increasing the state minimum wage to $13 an hour by 2024.

Unfortunately, few policymakers have stopped to look at the data on minimum-wage hikes. At best, they simply redistribute the wealth among low-income workers; at worst, they result in lower incomes as employers cut hours and families have to deal with higher costs generated by the wage hike. In other words, minimum-wage hikes are a poor tool for helping low-income workers.

A 2018 University of Washington study found that increasing Seattle’s minimum wage to $13 an hour resulted in the loss of about 5,000 jobs. Because job hours were cut by about 9%, the remaining workers averaged a pay cut of about $125 a month.

Sam Sonson, a retired Filipino businessman in Hawaii, told me a minimum wage hike is “the worst thing that can happen” for local businesses.

“The thing they don’t tell you about the minimum wage,” he said, “is that it affects the small business so badly. Some of them are hanging on a cliff, and they’ll just go bankrupt. And the ones who are doing OK, they just cut down the hours of their workers or lay them off.

There is never a good time to raise the minimum wage, but when businesses are trying to recover from a crisis, a wage increase can be catastrophic.

Vigdor, a professor at the University of Washington, directed the team that studied the effects of Seattle’s minimum-wage increase. Asked about Hawaii, he said we don’t know how long it will take for tourism — Hawaii’s largest economic sector — to recover.

“When the minimum wage is higher and you’re running a business that all of a sudden takes a big hit … your need to pare back your workforce is a lot stronger,” he said.

Eventually Hawaii’s lockdown will end, but our policymakers are going to be under a lot of pressure to help those who lost their jobs and wages. Some will view increasing the minimum wage as an easy quick fix. Instead, it will harm the ability of businesses to employ workers and increase Hawaii’s already-high cost of living for everyone.

If state policymakers want to revitalize our economy, they need to ease the burdens on local businesses, not add to them. This is no time for a minimum-wage hike.