How to balance the budget in just a few clicks 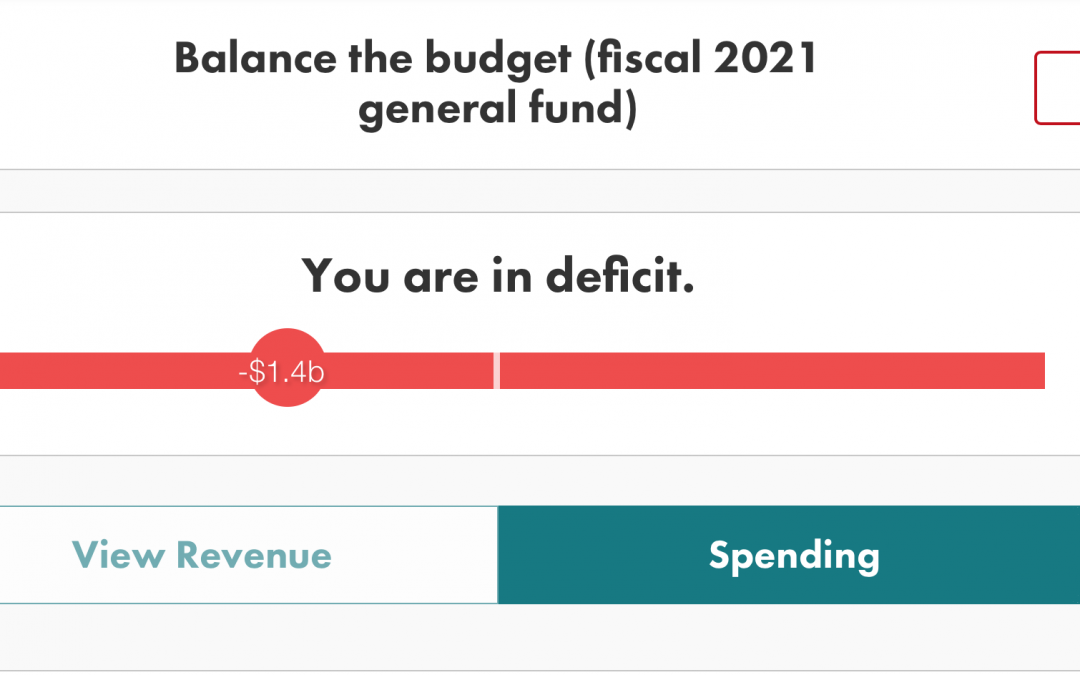 This morning I balanced the state budget. It didn’t even take that long; just a few quick clicks and Hawaii went from a $1.4 billion deficit to a modest surplus, with some rainy day money set aside in case of emergency.

Of course, I had a few advantages that state legislators do not. For one, I wasn’t concerned with pleasing special interest groups or dealing with political fallout. Plus, I was using the Grassroot Institute of Hawaii’s new budget tool.

Launched this week, our new budget calculator allows anyone to try balancing the state budget. It includes the most recent data on state spending, tax revenues and surplus funds. It even warns users that reducing spending for certain programs could be “politically difficult.”

As much fun as it may be to play with the budget tool and try to balance Hawaii’s finances, it’s also a timely exercise. Next week, the state Legislature will reconvene, and one of its major goals will be to adjust the 2021 fiscal year budget to reflect the current state of affairs.

The COVID-19 crisis has been a disaster for Hawaii’s economy, and the state Council on Revenues responded accordingly, lowering its projected tax revenues for the coming year by more than $2 billion. Had the Legislature proceeded with the budget submitted by the governor at the beginning of the year, the budget shortfall would be $2.1 billion.

Fortunately, the Legislature has cut $740 million in proposed spending from the governor’s budget. Add another $327.2 million from the state surplus, and the deficit shrinks to $1.4 billion.

However, that would only solve the problem for the coming fiscal year. Once the rainy day fund is gone, there’s nothing left to lean on in case of future emergencies. If we experience another significant crisis, like another health emergency or a natural disaster, we would not have the resources to deal with the budgetary repercussions.

So do we spend all of our rainy day funds or try to conserve some of that money for future emergencies and balance the budget by cutting spending?

If you were being prudent and planning for an uncertain future, you would reserve a portion of the emergency fund and cut spending. Unfortunately, some of our legislators are wearing rose-colored glasses when they look at our state’s finances. Despite dire predictions about Hawaii’s economic future from experts on all sides, these overly sanguine policymakers believe that Hawaii’s economy will rebound within a year or two.

They are not looking at the drop in revenues as a problem that will compound and require years of spending cuts. Instead, they are planning for the short term, which would virtually ensure budget shortfalls year after year as we try to recover from the pandemic.

Worse, some are suggesting borrowing our way into a balanced budget. That is another short-term solution that would increase the state’s debt and create yet another drain on our future finances.

Our leaders need to face the unhappy truth: Hawaii is in the midst of a budget crisis, and there is no easy solution. It may be tempting to treat the situation as a temporary one. However, using up the entire rainy day fund or going into more debt to balance the budget are short-sighted approaches that would only end up hurting us in the long run.

The best plan is the most responsible one: Reserve some of the rainy day fund for future emergencies, don’t incur additional debt and start making cuts.

We’ve even given them a tool to help them see how it’s done.