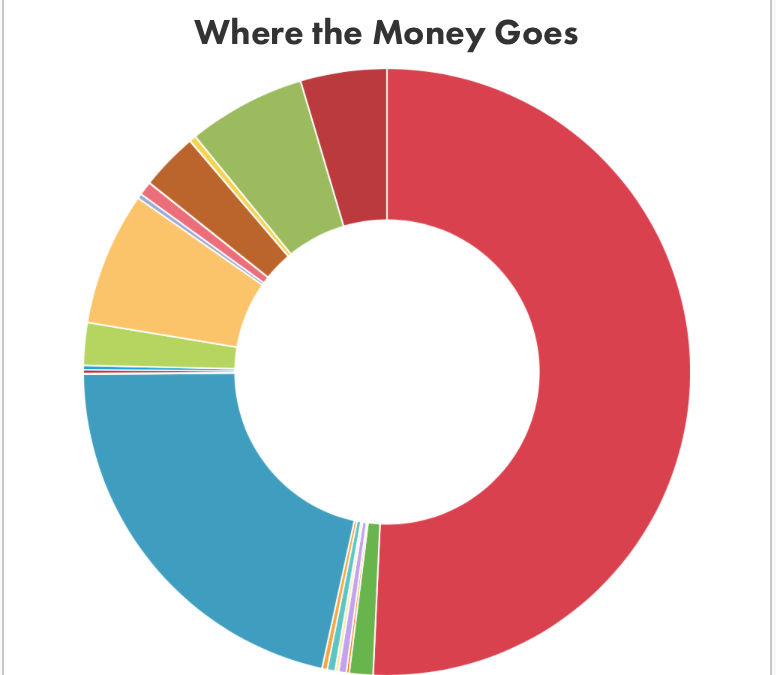 HONOLULU, June 19, 2020 >> Hawaii citizens now can try their hand at balancing the state budget with a new tool released today by the Grassroot Institute of Hawaii, available at grassrootinstitute.org/budget.

“With the click of a button, Hawaii residents can balance the state budget and understand where their tax money goes,” said Keli’i Akina, president and CEO of the Grassroot Institute of Hawaii.

The tool shows that Hawaii’s projected $1.4 billion general fund deficit in fiscal 2021 could be balanced by using $700 million from the rainy day fund, making 15% cuts across the board and delaying salary increases. That would still save $431 million in the rainy day fund and bring general fund spending to $7.7 billion, which is just below fiscal 2018 levels of $7.8 billion.[1]

“This tool makes it easy to see that modest cuts can balance the budget without any need to increase taxes or debt,” Akina said. “If our lawmakers had not increased spending so much since 2018, there would be no need to cut at all.”

“Some of the money could be used now,” he said, “but the rest should be pocketed for later, in case it is needed for the uncertain times ahead.”

The institute’s new budget tool accounts for the recent actions by the Legislature to balance the budget, such as its $740 million in cuts to Gov. David Ige’s budget and replenishing the state’s rainy day fund with $735 million from special funds and other sources.[2]

But finding other ways to reduce the debt will not be as easy, since the largest area of general fund spending — more than 50% — goes toward “fixed costs,” such as the state retirement fund, the state health benefits fund, debt and Medicaid.[3]

“More than half of every dollar spent by the state goes toward benefits and debt,” Akina said. “If our lawmakers can’t find ways to reduce those costs, then all other options will need to be put on the table as the state enters a period of enormous financial uncertainty.”

Akina said that with the institute’s new tool, “Hawaii’s taxpayers can show lawmakers how to balance the budget. It’s time to work together to navigate Hawaii’s financially uncertain future.”
________________