Prosperity is possible if we follow the ‘road map’ 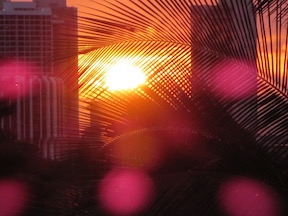 Some of our ideas might be considered unrealistic in normal times, but these are not normal times

Those of you who have been supporting us at the Grassroot Institute of Hawaii know we have been warning for six years that the state was spending too much during the good years, and would not have enough reserves to deal with a major crisis.

I’m sad to say that day has come. Because of the economic damage caused by the coronavirus lockdowns, the $88 billion debt figure that the Hawaii Executive Conference tabulated last summer could easily mushroom to $117 billion or more.

Even after the health crisis eases, the world will still be reeling, and would-be visitors will be hesitant to hop on a plane to paradise.

On the bright side, I think that Hawaii has a chance to bring its economy back, but we must remove many of our state’s rules and taxes that hinder entrepreneurship.

In mid-May we issued a “Road map to prosperity” policy report that listed dozens of reforms that could help, such as:

>> Make it easier for government to work with the private sector.

>> Reduce Hawaii’s occupational licensing laws — or at least allow reciprocity with the rest of the nation.

>> Call for a waiver of the federal maritime law known as the Jones Act.

There are a lot more policy options I could rattle off, but my main point is that now more than ever, Hawaii leaders should focus on cutting taxes and red tape. This could foster an economy that says, “We’re open for business,” which could spur more jobs and prosperity for local families.

I understand that some of these ideas are outside the realm of political possibility during normal times. But these are not normal times.