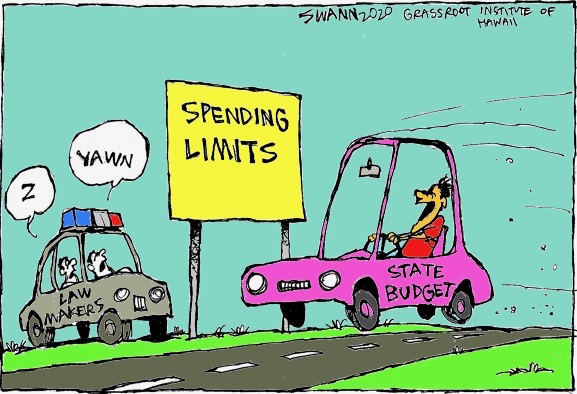 Hawaii’s existing cap is too easily ignored by lawmakers

Now is the perfect time for fundamental policy changes in Hawaii, and a perfect place to start would be imposing a government spending cap with teeth.

It would take a state constitutional amendment to do it, but in case it wasn’t clear enough before, the economic crisis caused by the coronavirus lockdown has brought heightened attention to the need for strong checks on state spending. Our lawmakers need to step up and support a constitutional amendment that would implement a spending cap with teeth, to keep their spending in check no matter what the shape of our economy.

For years, the Grassroot Institute of Hawaii has been warning our governor and state legislators against excessive state spending. But they frittered away the state’s budget surplus anyway, putting themselves and the state in the position of being unable to respond adequately to possible economic or natural disasters.

And now here we are. Hawaii’s economy is in shambles, tax revenues have dried up and state officials are staring at possibly billions of dollars of debt. In response, our legislators are pinning their recovery hopes on a federal bailout, borrowing or adding new taxes or fees.

If only there had been a spending cap with teeth.

But why cry over spilled milk? We can start the ball rolling toward implementing one now, and we should, if we are to avoid this kind of situation in the future.

Economist Dan Mitchell made this point this past February during a webinar sponsored by the institute. The co-founder of the Center for Freedom and Prosperity, based in Washington, D.C., said governments rely on private-sector growth to fund their operations. Therefore, in order to sustain a healthy economy, increases in government spending must occur at a rate lower than private-sector growth. 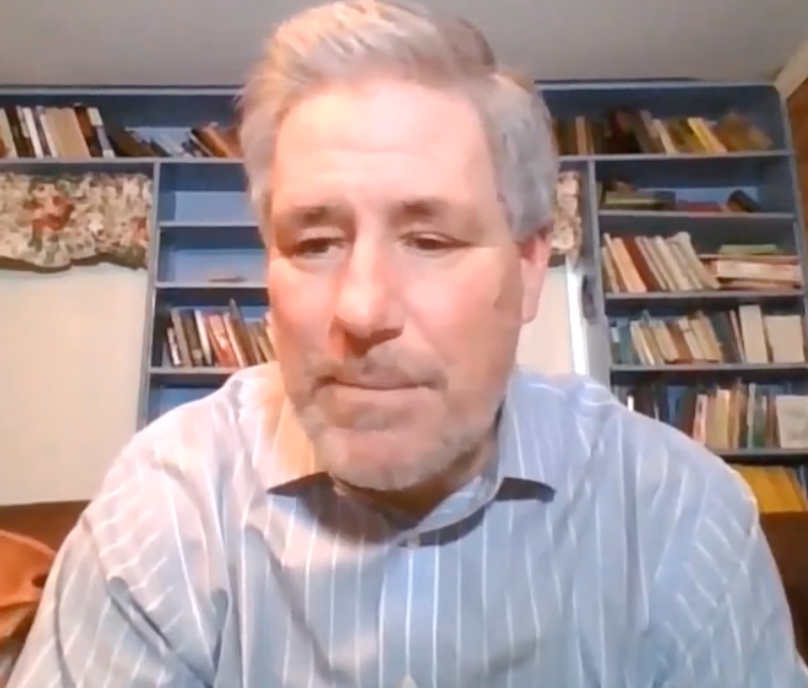 “I call this my golden rule,” he said. “The private sector should grow faster than the government.”

If government is growing faster than the private sector, he said, “there’s going to be automatically some negative consequences, whether it’s the taxes, the red ink, the unfunded liabilities, the monetary instability … You have to get control of government at the core.”

Mitchell observed that politicians tend to treat taxpayers as a bottomless reservoir of funds, leading to government spending that in Hawaii has made it seemingly impossible for the state to deal with its estimated $88 billion in unfunded liabilities over the next 30 years. That estimate was produced in August 2019 by high-level business executives and policymakers working under the auspices of the Hawaii CHANGE Initiative. They were concerned about the state’s present and future obligations to fund infrastructure, climate-change response and government pensions and health benefits.[1]

But that was then, before the state shut down Hawaii’s economy in response to the coronavirus pandemic; now the state’s financial prospects are even worse.

So what would a “spending cap with teeth” look like? Mitchell said there are many types of spending caps that could be adopted. Hawaii added a spending cap to its Constitution in 1978, but it was essentially arbitrary due to an escape clause that allows the Legislature to override the cap with a two-thirds vote.

“That escape clause, especially in a state where one party dominates the government, basically means that your spending cap isn’t very effective at all,” said Mitchell.

So what would be better? Mitchell is especially fond of the spending cap that Colorado voters adopted in 1992, which Colorado’s Department of the Treasury estimated in 2019 had returned more than $2 billion to state taxpayers since it was implemented.[2]

Called the Taxpayer’s Bill of Rights Amendment, it pegs state spending to population growth plus inflation. Colorado’s legislature can still propose a budget that exceeds the spending cap, but “the politicians have to go to the voters and ask for permission, and the voters in almost all cases say no.”

In Mitchell’s view, “The real key to spending caps is not so much what happens in a recession. It’s making sure politicians can’t spend the windfall whenever there’s a growing economy.”

Historically, annual state spending in Hawaii has increased by 5% on average, regardless of how much spending was originally proposed.[5] In the past, our lawmakers relied on windfalls from a booming economy to cover their overspending. That left legislators unprepared for the recent sharp drop in tax revenues.

Federal loans have materialized to fill in the gap, but in the midst of a prolonged economic downturn, with its subsequent drastic reductions in tax revenue, our state surely cannot sustain continued high levels of government spending.

As the state plans for recovery, the takeaway from Mitchell’s talk could not be more relevant: Hawaii policymakers need to reduce government spending, not increase it, and refrain from borrowing or imposing tax increases to make up for any shortfalls.

A spending cap protected by a vote of the people might have left us better prepared to deal with the current financial disaster. Hawaii should implement such a spending cap now to better protect our state and taxpayer finances in the future.
________________