We have the perfect birthday gift for the Jones Act 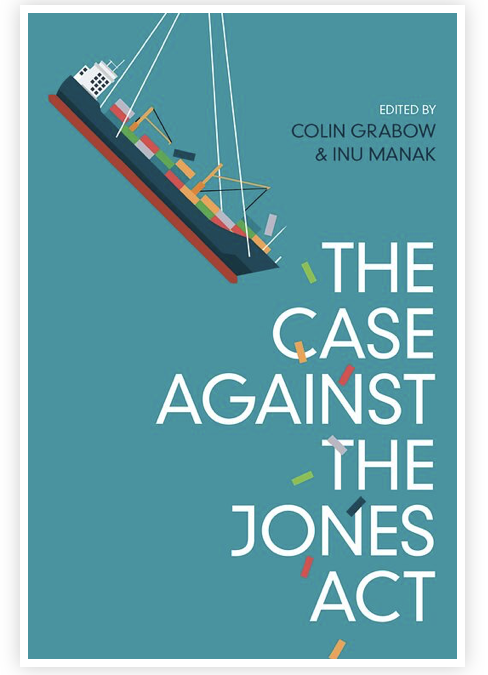 Last week was the 100th birthday of the federal maritime law known as the Jones Act, and we have the perfect present for the aged institution: an update for the 21st century.

As you probably know, the act requires all goods shipped between U.S. ports to be on ships built and flagged in the U.S., and owned and crewed primarily by Americans.

But consider everything that has happened since this protectionist legislation was enacted a full century ago: World War II, the rise and fall of the Soviet Union, Vietnam, Woodstock, the moon landings, the birth of television, the invention of the personal computer, the rise of the internet … the list goes on and on.

Not least of all, the methods of war have changed in the intervening century. Enacted during the era of dreadnought battleships, rickety biplanes and trench warfare, the Jones Act is nearly irrelevant in the era of drones and nuclear missiles.

Thus, it is absurd to pretend that the global economic and political situation that prompted the passage of the Jones Act still exists. In fact, the act is long overdue for an overhaul.

This is an issue discussed in great depth in a new book released this week by the Cato Institute, “The Case Against the Jones Act,” which was co-edited by Colin Grabow, one of the Grassroot Institute’s featured webinar guests in May. I’m happy to say that I wrote one of its 17 chapters, “Updating the Jones Act for the 21st Century,” wherein I argue that reform of the act would not be a threat to either jobs or national security. 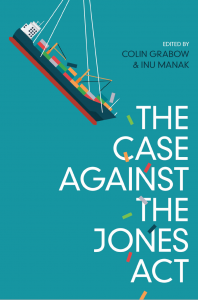 Specifically, I recommend modifying the act’s build requirement to allow for the purchase of less expensive ships from our friendly trading partners. This one reform, I explain, could mitigate much of the harm caused by the Jones Act while respecting the concerns of those who are reluctant to repeal the act entirely.

You might have heard recently from some of those Jones Act proponents. They have pointed to the COVID-19 pandemic as proof that the Jones Act is critical to our national security, because it allegedly ensures the reliable transport between U.S. ports of necessary supplies.

But that is no more true now than it was before the coronavirus crisis. By every measure, the Jones Act has failed in its primary goal of protecting our national security. Instead of ensuring a strong and active merchant marine fleet, it has presided over a steady decline in both the number of Jones Act ships and trained merchant mariners. Shipyards themselves have nearly disappeared from American shores.

If anything, the current crisis shows how important it is to update the Jones Act. Reforming the build requirement in particular would enable U.S. carriers to pay less for new ships, with the savings passed on to consumers. At the same time, less expensive ships could translate into more ships serving the Hawaii market, which in turn would ease import prices — as well as provide more jobs for crews, stevedores, truckers and everyone else in the supply chain.

An April 2019 Organization for Economic Cooperation and Development study suggested that removing the Jones Act build requirement could allow the U.S. shipbuilding industry “to increase … its total output [in the long term] by about 71%, from $859 million to to $1.47 billion.”

In other words, opening America’s shipping industry even slightly could be just the elixir it needs to regain its competitive edge, just as competition helped America’s car manufacturers rebound after years of decline.

Given the devastating economic effects of the coronavirus lockdown, Congress should be making Jones Act reform a priority in Congress. It’s one way the federal government could help vital industries and family budgets. It is well established that the Jones Act raises costs for U.S. consumers and businesses, especially for those of us who live in Hawaii and America’s other noncontiguous states and territories that rely almost completely on waterborne imports.

To put it bluntly, the Jones Act is showing its age. After a century, it is fulfilling none of its stated goals. It is dragging down our economy and undermining our national security. It is being kept in place more by legislative inertia than anything else.

If we really want to celebrate the Jones Act for lasting 100 years, let’s do so by updating it for the 21st century.