Let’s work together … to reform the Jones Act 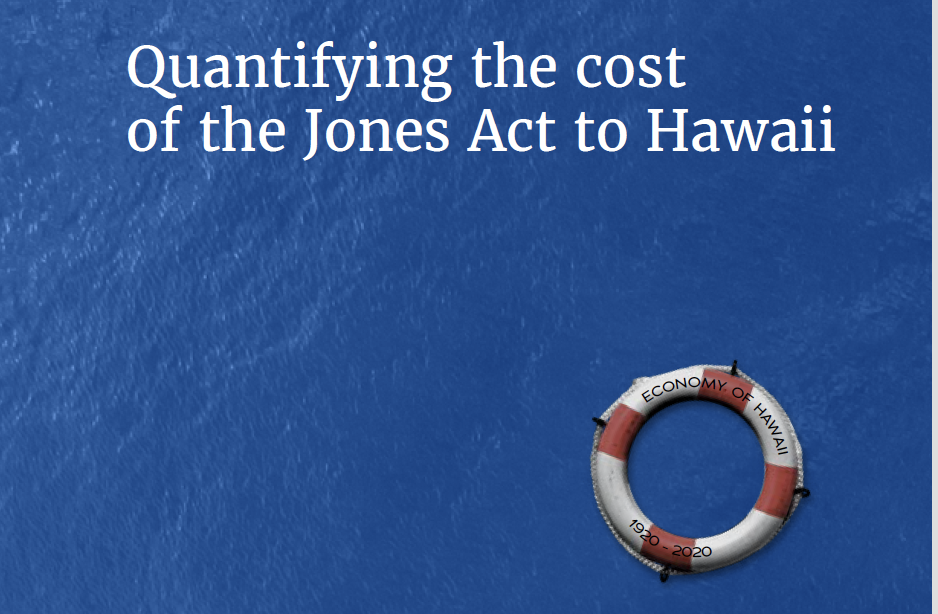 If you have been following the Grassroot Institute of Hawaii’s coverage of the Jones Act for the past few years, you might have noticed that our discussion of reform rarely focuses on a specific political party.

That isn’t just because we are a nonpartisan organization. It’s also because the Jones Act, a protectionist federal maritime law enacted in 1920, is one of the few political issues that doesn’t break down along party lines. There are Jones Act supporters and critics on both sides of the aisle, which presents a special challenge when advocating for reform.

On the bright side, when control of Congress changes, it doesn’t kill all hopes for modernizing the Jones Act. Unfortunately, it doesn’t make it any easier either.

In order to bring the Jones Act into the 21st century, we will need a bipartisan reform effort. Therefore, I’m happy to announce that two prominent Jones Act reformers — one a Democrat, the other a Republican — will be part of an event we are sponsoring having to do with the act.

The Democrat, U.S. Rep. Ed Case from Hawaii, and the Republican, U.S. Sen. Mike Lee from Utah, will be our special guests for a live webinar Wednesday, July 29, starting at 10 a.m. Though they hail from different sides of the political spectrum, both have introduced bills seeking to address the negative effects of the Jones Act.

If that isn’t exciting enough, there’s one more reason to tune-in: The webinar will mark the unveiling of our groundbreaking new study, “Quantifying the cost of the Jones Act to Hawaii.”

The big question when discussing Jones Act reform has always been, “How much does it cost Hawaii?” Finally, we will be able to provide a detailed answer to that question. Our new study explores the full economic impact of the Jones Act on our state, including an industry breakdown and the cost for consumers. It even provides an estimate of what the act costs the average Hawaii family every year.

The study was conducted for the institute by nationally recognized economic researcher and consultant John Dunham, who will be on hand during the webinar to answer any questions about the report’s methodology.

To register for this extraordinary event, please visit our event page. The webinar will include a presentation of the report, commentary from our distinguished guests and audience questions. This is a can’t-miss opportunity for anyone who is interested in the Jones Act, its economic impact on Hawaii, and the potential for Jones Act reform.

I strongly believe our new report will make a difference in future discussions about the need to update the Jones Act for the 21st century.