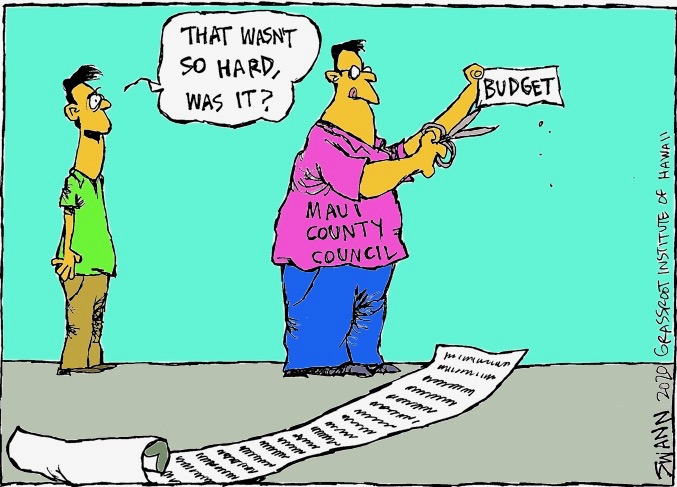 Maui lawmakers should be congratulated for trimming this year’s county budget to $1 million less than the previous year. It was only a 0.1 percent cut, but still it demonstrates that they can reduce their spending, if they try.

Mayor Michael Victorino had originally proposed increasing the annual budget by $46 million, to 5.6 percent, to $869 million, but council members slashed all of that plus an additional $1 million.

The county’s crashing tax revenues due to the Coronavirus-inspired state and county lockdowns might have had something to do with their newfound budgetary restraint, but whatever the reason, they still acted responsibly, and the mayor went along with it.

If county officials could approach their budgeting like this every year, eventually they could create enough leeway to lower taxes, which would help Maui residents afford the county’s high cost of living.