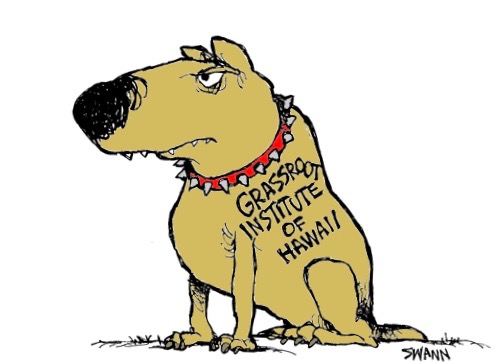 Few things demonstrate the need for government watchdog groups like a statewide emergency.

At the nonpartisan Grassroot Institute of Hawaii, our small but productive staff began the year preparing for another legislative session. Our priority was to lower Hawaii’s high cost of living, through greater economic freedom and accountable government.

But with the lockdown in March, those priorities changed. Suddenly we were questioning the wisdom of devastating Hawaii’s economy, suppressing civil liberties and suspending the state’s sunshine laws in the effort to combat the disease.

Through our social media platforms, we publicized the stories of local business owners hurt by the lockdown. Later we submitted a “Let Hawaii Work” petition to the governor signed by almost 10,000 residents.

When the Legislature reconvened, we urged state spending cuts. We created an online budget tool to help legislators balance the budget. And we [also] developed a “Road map to prosperity” that identified measures to help Hawaii recover “and even excel” after the lockdown. It remains the only report that did not propose new taxes, regulations or government spending.

In July, we unveiled our groundbreaking report about the cost to Hawaii of the federal Jones Act. Accompanied by U.S. Sen. Mike Lee (R-UT) and U.S. Rep. Ed Case (D-HI), we revealed that the act costs Hawaii $1.2 billion a year, including about $1,800 per family. Once again we made the case that the law is a burden to Hawaii.

Meanwhile, we continue to urge restoration of the state’s open-meetings and -records laws, [which were] suspended in March. Earlier we joined groups such as Common Cause and the ACLU in opposing the new secrecy. The rules were eased, but the suspension remains.

Clearly there is more work to do. With your kokua, we will continue working for a free, healthy and prosperous Hawaii. Learn more at grassrootinstitute.org.