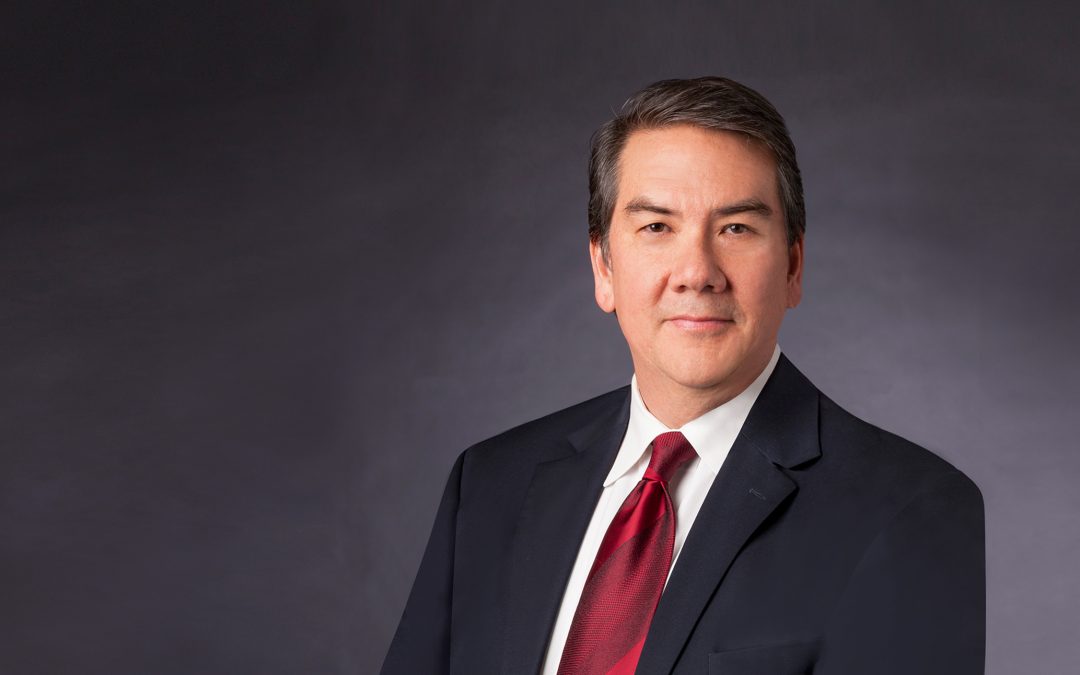 If you’ve been keeping up to date with the Grassroot Institute’s programs, chances are you know Grassroot Scholar Robert Thomas.

Born on Oahu to a plantation worker and U.S. Army officer, Thomas and his military family moved around the country a lot while he was growing up, but they always found their way back to Hawaii.

He earned his high school degree from Punahou in 1980, his undergraduate degree in business from Santa Clara University in California, and his law degrees from the University of Hawaii and Columbia Law School.

In legal practice for more than 30 years, Thomas is a director at Damon Key Leong Kupchak Hastert in Honolulu, as well as managing attorney for the Pacific Legal Foundation, Hawaii Center. He is known as one of Hawaii’s leading attorneys dealing with property rights, but for him that was by complete accident. He said he took only one property course during his time in law school, for which he earned his worst grade. But after graduation, the first case that came across his desk was a property case.

“It sucked me in,” he said. He now teachers property law courses at William & Mary Law School in Williamsburg, Virginia.

Thomas has been an ally of the Grassroot Institute since its inception and has assisted the institute in several cases.

He writes regularly about property and land-use issues for his website, www.inversecondemnation.com.

Melissa Newsham: How did you become connected with the Grassroot Institute?

Robert Thomas: We kind of ran in the same circles. I do work for the Pacific Legal Foundation. They are based out of California but they do legal work nationwide in economic liberties and property rights, and things naturally of interest to the Grassroot Institute. And I knew Dick Roland [the institute’s founding chairman]. There were a couple of cases in which I represented the Grassroot Institute when they participated in cases before the U.S. Supreme Court.

Q: What would you say is your political philosophy?

A: I kind of have an agnostic political philosophy. As a lawyer, you kind of have to. In private practice especially, politics doesn’t enter into most of your cases, and where it does, you let the policy people and the politicians handle the politics and you tend to take care of the legal side.

This is such a generic description, but if I had to choose, I would say I’m kind of libertarian-leaning, center-right. Philosophically and legally, I think I’m very much in tune with a lot of the positions that the Grassroot Institute takes.

Q: Has anything with your work changed over the last five months or so because of  COVID-19 and the shutdowns?

A: I’ve had to take a deeper dive into something that I never thought I would pay a lot of attention to.

One of my practice areas is municipal law. I have a fair amount of background in that area, but I had not done anything really with respect to emergency powers. But once the shutdowns started, those issues got pushed to the forefront.

I didn’t have any clients asking me to do work in that area, but I took a dive into it from an academic interest standpoint. And it turns out that it’s a very interesting area of law that cuts across a lot of other areas, including constitutional law, that we see playing out in some of the lawsuits challenging the emergency-response orders.

I’ve gotten a lot of inquiries from people wondering, “Can they really do that?” If you had asked me what the emergency powers of the governor were before March, I would have said, “I don’t know!” Now, I can tell you all the details.

Q: You emphasized during a recent Grassroot Institute webinar that unless there is clear evidence that the emergency measures are being put in place for some ulterior motive other than public safety, the courts are reluctant to rule against them. At the same time, it appears to many people that the goal post keeps moving. Since the narrative seems to be changing, how can we discern what are permanent attacks on our liberties?

A: Almost every state, Hawaii included, has an expressed time limit on the emergency powers of the government. Ours is 60 days. Suspending laws? That sounds pretty anti-democratic. But it’s done with the idea that it lasts for only a limited time, at which point the mayor or governor has to come back and justify everything.

The danger is that those things end up becoming permanent, because ruling by fiat is so much easier than the messiness of democracy.

Obviously, emergencies like the one we are in now can last a long time. But if I’ve learned anything in the last five months, it’s that democracy is supposed to still function during emergencies.

Almost every type of burdensome regulation that we now have can be traced back to an emergency.

New York rent control, for example, was actually adopted after WWI as an emergency measure because soldiers were returning from Europe and there wasn’t enough housing to go around. In the last 101 years, they have from time to time renewed the emergency. So is that a temporary measure? A century and one-year-old “emergency”?

Watch who you vote for and pay attention. The vote is even more critical now than in normal times.

Q: Have you been reading any good books lately?

A: The one I’m reading right now is a short little book called ‘The Revolt of Mamie Stover,” about Honolulu during the beginning of World War II. It’s kind of a historical fiction novel, based on what life was like under martial law in Honolulu.

Q: I’m sure you are a very busy person, but what do you do in your free time?

A: Walking and hiking. I’ve been stuck on the mainland since February. Beaches here suck. They’re good for California, but we’re pretty spoiled in Hawaii.

What’s different about here is that I can get out and get up into some nice mountains and trails. Luckily, where I live here in California, I can almost do it in my backyard. I’ve made it a point every day to take a break from Zooming and emailing to do that.