by Grassroot Institute of Hawaii | Sep 22, 2020 | Land Use and Zoning, Media Releases, Publications 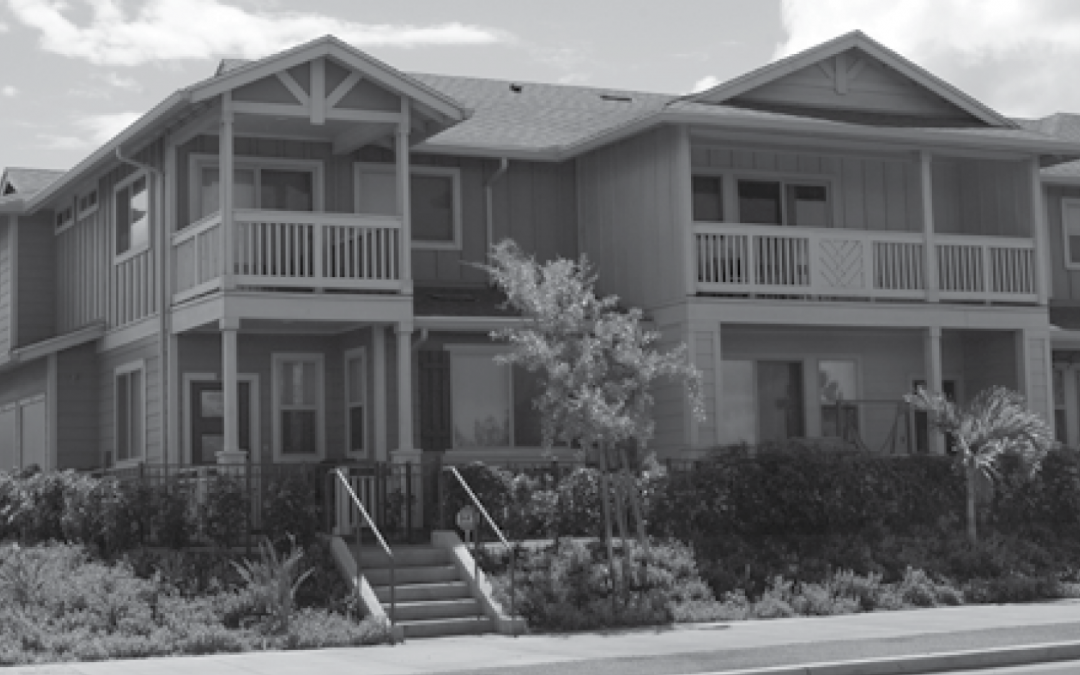 The state Land Use Commission has strayed from its core mission, leading to fewer homes and higher home prices for Hawaii residents

HONOLULU, Sept. 22, 2020 >> Giving Hawaii’s counties more authority to make decisions independent of the state Land Use Commission could help increase the state’s supply of housing, according to a new policy brief by the Grassroot Institute of Hawaii.

The new brief, “Reform the Hawaii LUC to encourage more housing,” makes it clear that the land-use agency makes it more time-consuming and costly to create new housing in Hawaii, thanks to its quasi-judicial structure and many mandates that often are duplicative of county functions.

In 2015, Hawaii’s Senate majority leader introduced a bill to abolish the LUC. It didn’t gain any traction, but it reflected the widespread dissatisfaction with the agency that continues to this day. In the 2020 legislative session, two bills were introduced that aimed simply to reform the LUC, but they also stalled, which is not surprising, considering how the entire session was interrupted by the COVID-19 crisis.

Keli’i Akina, president of the Grassroot Institute of Hawaii, said the COVID-19 crisis is all the more reason to take bold action now to rejuvenate Hawaii’s housing industry. It would put homebuilders back to work and provide more homes at more affordable prices for Hawaii’s struggling residents.

“When our lawmakers reconvene in 2021, they should work to make it as easy as reasonably possible to create new housing in the islands,” Akina said. “Reforming the state Land Use Commission would be an excellent way to start.”

>> Rein in the LUC’s authority over specific types of proposed urban uses and detailed reviews of development design and associated impacts. It is the state Land Use Commission, after all, not the state Zoning Commission.

As Grubbe points out, the agency was established in 1961 to address problems related to urban development spreading throughout agricultural lands. Since then, it has been responsible for reviewing petitions for district boundary amendments (DBAs), which are requests to change a parcel’s land designation. But these days, the LUC also considers issues generally considered to be within the purview of the counties, such as infrastructure, public facilities, economic feasibility and environmental concerns.

>> Allow the counties to handle all DBAs for urban and agricultural lands. The LUC could be retained for reviewing DBAs of conservation lands and for considering statewide environmental issues that the counties might not be equipped to handle, such as potable water availability, natural resource protection and “important agricultural land” designation.

>> Raise the acreage cutoff for LUC review of DBA requests. Currently the threshold is 15 acres. One of the proposals in the 2020 legislative session suggested 25 acres. And increasing the amount would not be unprecedented. The LUC’s own website notes: “In an effort to streamline the decision-making process, the law was amended in 1985 to allow applicants for land-use changes of 15 acres or less to apply directly to the counties.”

The institute’s policy brief concludes: “Restructuring the approval process for district boundary amendments would help the Land Use Commission focus on statewide land-use issues, in accordance with its stated purpose. It would also help housing developers move more quickly through the approval process. An acreage increase would have a similar result on a smaller scale.”

Akina said, “More housing is critical, if we hope to keep our family members, friends and neighbors from leaving Hawaii in search of greener pastures. Reforming the LUC is an obvious choice for how to make more housing happen.”