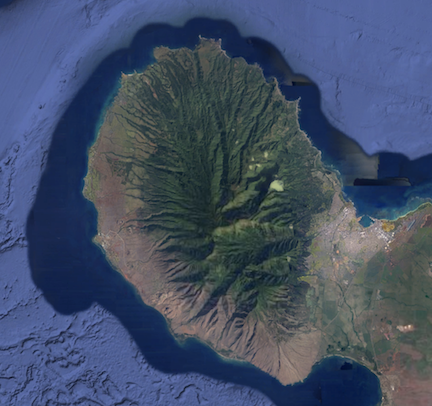 The following testimony was submitted Sept. 8, 2020, to the Maui Planning Commission by Joe Kent, executive vice president of the Grassroot Institute of Hawaii.
____________

RE: West Maui Plan / Comments only

The Grassroot Institute of Hawaii would like to provide information about the growth of the West Maui Plan, and warn about the unintended consequences of planning documents that are so comprehensive as to be a hindrance to much-needed housing projects.

Originally known as the Lahaina Community Plan, the West Maui Plan was established in 1983 and was 59 pages long. Today it is 168 pages long and saturated with legalistic words that seem guaranteed to create more regulatory barriers to more housing.

For example, the word “shall” appeared four times in the 1983 version of the plan, but that grew to 61 times in the June 2020 draft. This unrestrained use of the word “shall” could cause confusion among developers trying to navigate the many layers of Maui’s regulatory environment, especially since in some cases where it’s used it seems to usurp the Maui County Code.

For example, the current draft of the West Maui Plan states that in the Lahaina National Historic Landmark District, “New buildings shall be limited to 30 feet in height,” but the Maui County Code limits building heights to 35 feet in Historic District 1 and 2.

“Require affordable housing projects, including projects using the Chapter 201H, Hawaiʻi Revised Statutes or Chapter 2.97, Maui County Code process, to be near jobs, schools, transit and services, and include sidewalks, parks, bus stops and other infrastructure and pedestrian-oriented design elements that create walkable and livable communities for all.”

Now, this proposed requirement has two problems, at least. One is that it would prevent developers from building homes unless they were “near” jobs, schools, transit services and other urban niceties. The second is that it doesn’t define “near.”

Assuming a reasonable definition of “near” could be arrived at, the rule would basically require any housing projects in remote areas to become their own towns in order to meet the requirement that they be “near” jobs, schools, parks and other city features.

Additionally, many people on Maui prefer to live in rural areas, such as UpCountry, Hana or Kahakuloa, so this requirement could squash this preferred type of housing.

Instead of using words such as “shall” and “require,” which are semi-legal in nature, the Grassroot Institute of Hawaii suggests using words that are more aspirational and visionary in nature, such as “encourage,” “promote,” “foster” and “prioritize.”

Finally, it should be noted that public discussion during planning meetings are often attended by existing homeowners, as opposed to renters. We urge the Maui Planning Commission to listen to the concerns of the community, but also to be mindful of the constituents who currently do not have their own homes in West Maui.

As a former West Maui resident myself, who worked as a teacher at King Kamehameha III Elementary School until housing prices pushed me out, I agree with the research produced by the Grassroot Institute of Hawaii that shows fewer land-use and zoning restrictions would encourage, promote, foster and prioritize more housing in West Maui.

Please consider this more liberal approach to housing creation, since past efforts to conjure up more housing through increased regulations obviously have failed.