Raiding EUTF is deja vu all over again 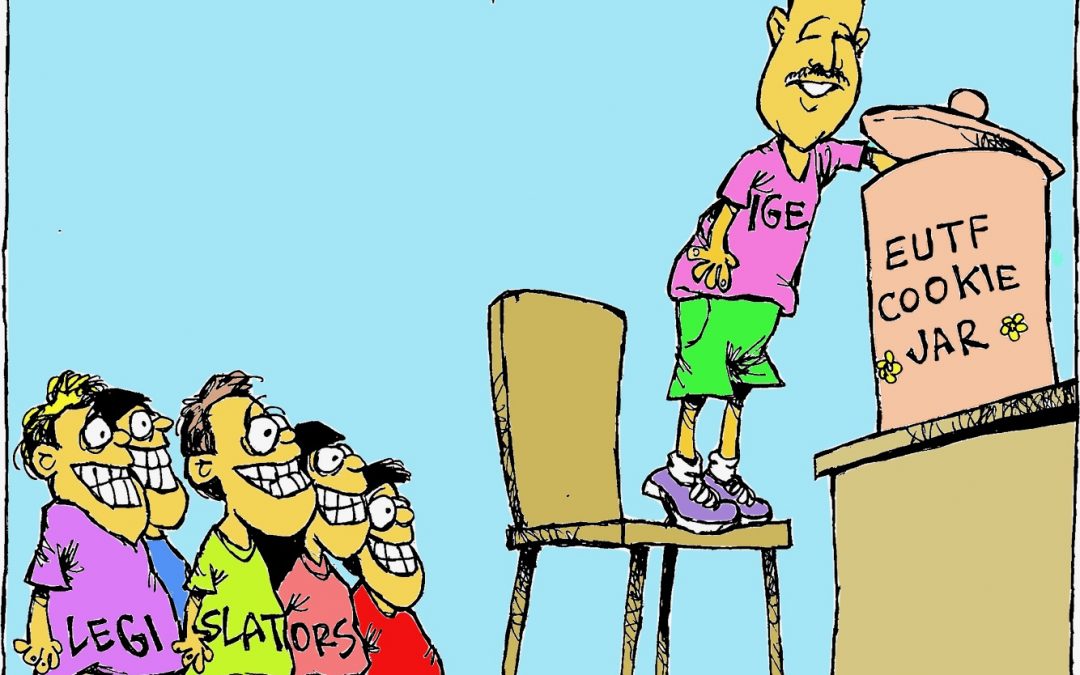 Gov. David Ige in his 2018 State of the State address said, “One value that has guided this administration is to not simply pass our debts to our kids and grandkids.”

But that value seems to have flown out the window as Ige, faced with the biggest budget shortfall in the state’s history, has by emergency edict allowed the state and counties to skip their required annual payment to the state health benefits fund for fiscal 2021. Worse, he now is proposing to stop the payments for four more years.

The state health benefits fund, also known as the Employer Union Trust Fund (EUTF), provides over $560 million annually in medical and life insurance benefits for Hawaii state and county workers and retirees and their dependents.

In 2013, in an effort to save on long-term costs, then-Sen. Ige helped pass Act 268, which mandates that the state and counties make annual payments to prefund the trust. Since then, taxpayers have contributed $1.8 billion to the fund, with $9 billion left to be funded in future years. This effort, though costly initially, is supposed to save taxpayers money in the long run, since a growing trust fund can yield larger investment returns that can be used to pay for its benefits.

Such a plan works, however, only if lawmakers stick to the rules. By suspending the annual payments for one year and using those funds for other purposes, Ige clearly is raiding the cookie jar. If he is able to stop payments for four more years, he might as well be smashing it to bits.

The state’s required payment to the EUTF for fiscal 2021 was supposed to be $388 million. Suspending the payments through fiscal 2025 would save the state a total of $1.85 billion. Skipped payments by the counties could add an additional $611 million, with the combined missing payments resulting in billions of dollars of unrealized investment returns over time.

We know this will happen because it happened before, when the state followed a similar policy to address the unfunded liabilities of the state Employees’ Retirement System. Between fiscal years 1999 and 2003, the Legislature balanced the state budget by suspending a total of $350 million of payments to the ERS. The state was unable to collect investment earnings on that money, which is partly why its unfunded liabilities today stand at more than $14 billion.

Essentially, Ige is using the same playbook to balance the state budget that state lawmakers unwisely used 20 years ago. Instead, he should be scrutinizing every aspect of state operations to find ways to bring the state’s expenses in line with its income.

Increasing taxes, of course, should not be an option. The economy already is running on empty, and higher taxes would run the risk of driving away yet more residents to the mainland.

A good goal for spending cuts would be to reduce public outlays to what they were as recently as fiscal 2015, when we had a larger population. That would save $615 million annually, enabling the state to maintain a reasonable level of public services in the present and honor its health-benefits commitments in the future.

To be clear, the Hawaii Legislature also bears responsibility for this problem. By deferring to the governor’s emergency orders and failing to balance the budget and ensure that payments to the EUTF are on track, it has become an accessory to the crisis. As the force behind the passage of Act 268, it should understand how a healthy EUTF is essential for the well-being of our state and our public employees.

Let’s take a hint from Hawaii history and not repeat the budgetary mistakes that were made in the past.