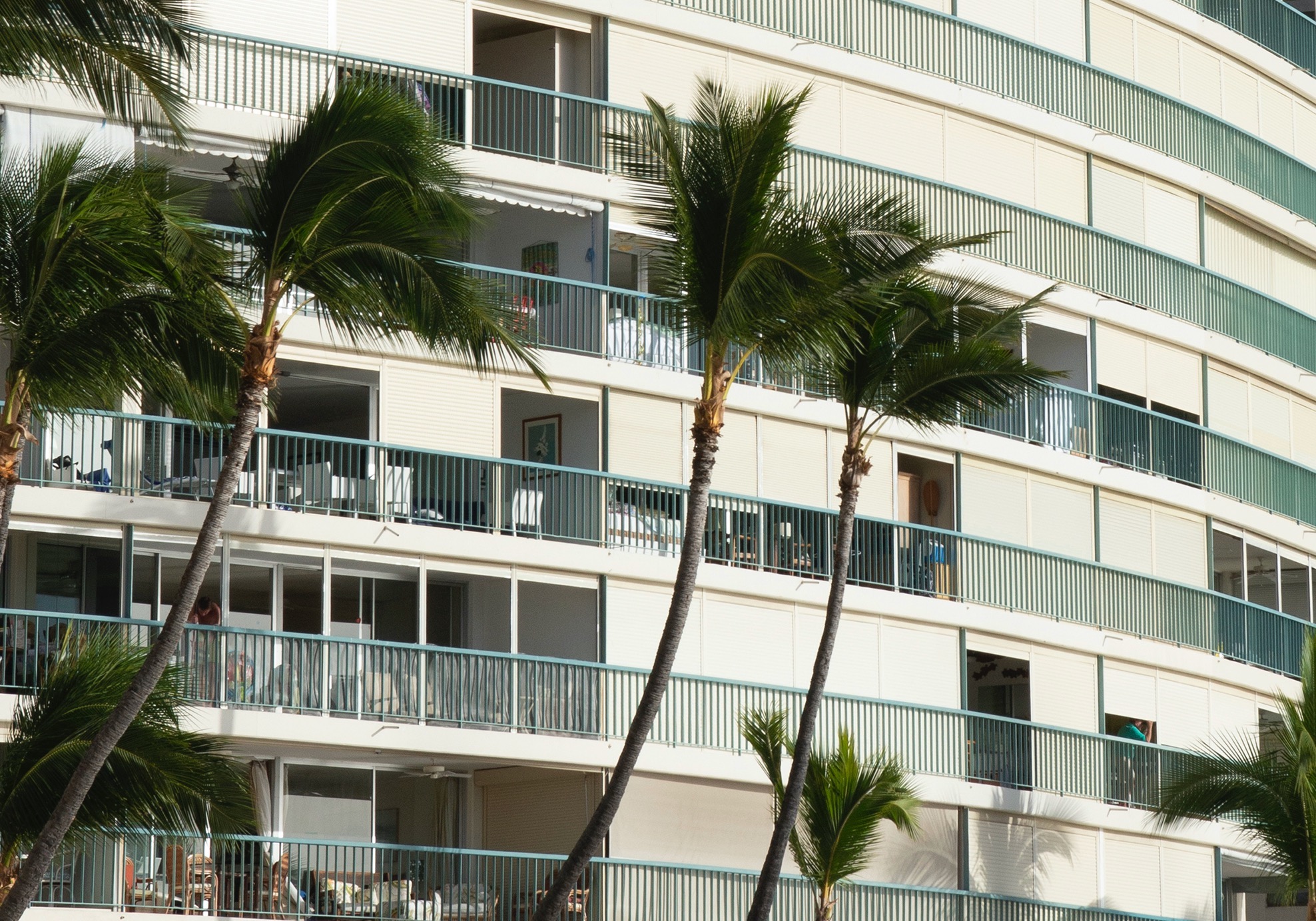 The following testimony was submitted by the Grassroot Institute of Hawaii on on Feb. 26, 2021, for consideration by the Hawaii Senate Committee on Ways and Means.
______________

RE: SB 1 — RELATING TO HOUSING

The Grassroot Institute of Hawaii would like to offer its comments on SB1, which would establish the ALOHA homes program to facilitate the development and sale of low-cost homes for Hawaii residents.

The Grassroot Institute has grave concerns about the possible unintended consequences of this bill, which are likely to be at odds with the laudable intent of the proposal — that is, to facilitate affordable homes for Hawaii residents.

Like many in Hawaii, we share the Legislature’s concern about the lack of affordable homes. However, we believe that the ALOHA homes program as currently envisioned in SB1 likely would result in an expensive, nonsustainable government project that would fail to effectively assist those it is intended to help.

Among reasons we advise against this bill:

Housing constructed pursuant to SB1 would be subject to HRS 104, which requires the use of prevailing wages,1 and this could raise costs higher than projects built solely in the private sector. Additionally, Hawaii “encourages” the use of project labor agreements on projects worth at least $25 million,2 and this has been demonstrated to raise the cost of government contracts by 12% or more.3

Both of these factors would add to construction costs, making it harder for ALOHA homes projects to pencil out.

The requirement that the “median ALOHA homes within urban redevelopment sites”4 be priced at the “minimum levels necessary to ensure that the development is revenue neutral for the State and counties,” creates an inherent conflict between the twin goals of this legislation.

The costs of building and maintaining housing projects of this scope, while ensuring they remain revenue neutral, means setting the prices for ALOHA homes higher (perhaps significantly higher) than envisioned, thus undermining the affordability goal that is at the heart of this bill.

At the same time, requiring the median ALOHA home price to be affordable for those who make 80% or less of the median income (as mentioned in a previous version of the bill),5 would effectively create a 50% affordable housing requirement for the building. This would nearly guarantee that ALOHA homes projects would lose money.

Our research using the “Inclusionary Housing Calculator” developed by the Grounded Solutions Network shows that it is nearly impossible in a market with short supply like Honolulu to make a profit building housing with a 50% so-called affordable housing requirement without government subsidies.6

For example, a condominium project with 120 units on one acre of land costing $400 per square foot7 and requiring 50% of the units to be affordable would see a net loss of $20 million, even if the land was somehow free.8

One of our greatest concerns is the 99-year leases at the heart of the ALOHA homes program.

Buying a property with a 99-year lease means that one day the property will no longer belong to the buyer. This makes leasehold properties less valuable and less desirable than comparable properties that could be purchased fee simple.

Another strike against leasehold units is that they cannot be borrowed against for a loan, which takes away the ability of their owners to borrow against their properties to start a business, invest or otherwise contribute to the local economy.

One of the reasons that home ownership is considered a path to upward mobility is because it creates equity. But the ALOHA homes program is not providing people with the advantage of home ownership. It is simply providing them with shelter and robbing them of the opportunities and financial security that flow from home ownership.

The example of the Hawaiian Home Lands should be enough to demonstrate that leaseholds create administrative headaches for both the government and the lessees. What they don’t create is intergenerational wealth.

Another concern is that under the ALOHA Homes plan, an owner faces strict limits on his or her ability to sell the unit. If the owner does sell, he or she must give up 75 percent of the sale profit to the state. There also are limits on the ownership of other real property while one is the owner of an ALOHA home.

This means that anyone who buys an ALOHA home would be trapped in the property, unable to sell it without taking a major loss. It incentivizes holding on to the leasehold for as long as possible over purchasing another property — even when the “need’ for an ALOHA home has passed. Thus, the ability of the program to address perpetual shortages in affordable housing would be limited to the state’s ability to build new homes.

>> No incentive to improve the property

Property improvements generally are made by owners who hope to profit from the increased value they create. However, because the ALOHA homes program would not allow the lessees to profit from the sale of their properties, there would be no incentive to improve the units.

When improving and caring for a property is disincentivized, repairs and maintenance often fall by the wayside. Therefore, ALOHA homes units could eventually fall into disrepair. The effect would be similar to that of rent-controlled apartment buildings in New York and San Francisco, where the lack of financial incentive to spend on upkeep can result in neglected, deteriorating buildings — with their physical state matching their reduced and restricted market prices.

This year’s version of the ALOHA Homes proposal includes a requirement that each development include money to operate and maintain the building. This requirement would further increase the price of each project, and it’s not clear if this would help much, since tenants would still not have incentive to upkeep their units, which they do not own, over the long term.

To put it bluntly, the ALOHA momes program risks becoming another government housing project in the worst sense of the term.

>> Does not provide rentals

While the intent of SB1 is to address a lack of affordable housing, this bill overlooks a significant factor in the housing market — especially for those who cannot make use of the program. The ALOHA homes program would have a limited effect on the amount of housing available and would not lower the cost of rent, since no new rentals would be added to the housing stock.

>> Costs would be enormous

Though the bill optimistically posits that the ALOHA Homes program would not end up costing Hawaii’s taxpayers, there is no guarantee that the plan would be “revenue-neutral” as its supporters intend.

Our experience with the Honolulu rail is sufficient to demonstrate that projected costs on  public works projects don’t necessarily reflect actual costs. In any government project, costs are likely to exceed original estimates.

So what happens if the construction and maintenance costs of the ALOHA homes outstrip projections? Either the prices of the homes themselves will go up, undermining the intent of providing low-income residents with low-cost homes, or taxpayers will end up footing the bill.

Given that construction costs alone in Honolulu are generally 38% higher than on the mainland,9 the only responsible option is to plan for higher-than-expected costs for this project.

Finally, we must consider whether this bill represents the best way to address the housing crisis in our state.

There is no guarantee that the program would benefit more than a relatively small number of residents. Moreover, it would not provide the secondary benefits of home ownership — that is, financial freedom and stability. Rather, it is focused on only providing a roof to live under, under restricted terms, for those who are qualified to take advantage of the program.

The costs may be substantial while the end result would be unlikely to make a significant impact on the amount of affordable housing available in Hawaii.

Moreover, if the apartment units are built in Honolulu, that would not necessarily lead to more affordable housing per square foot. As land-use expert Randal O’Toole recently pointed out in a report for the Grassroot Institute of Hawaii, land costs in urban Honolulu are higher than in the surrounding areas, making increased development in urban zones an inadequate response to the problem.10

The solution, as outlined in the report, is to lower the regulations that constrain “building out.” As O’Toole explained, Hawaii does not have a physical shortage of land for affordable homes. Rather, we have an artificial shortage caused by government regulation and ownership of land.

The answer to the lack of affordable housing is not to offer low-income residents a poor deal on a government housing project. It is to increase the supply of homes available for sale or rent. To do so, we would need only to increase the amount of land available for development by as little as 1 to 2 percentage points and let the suburbs grow.

In other words, building out would be a more appropriate solution to ease Hawaii housing prices.