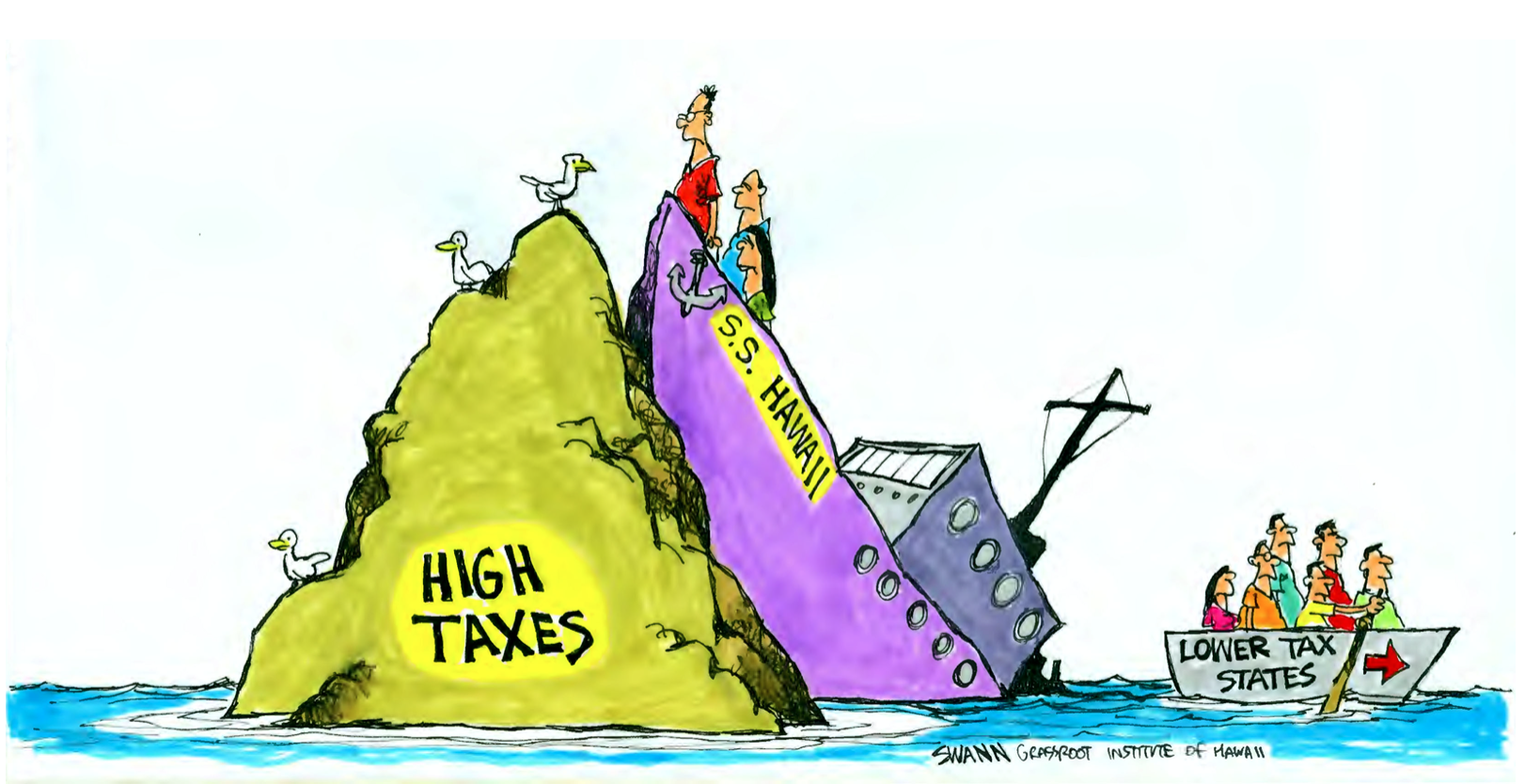 SB56 contains so many tax increases it’s hard to fathom,
yet at the end of the day, only one Hawaii senator opposed it

Twenty-four of Hawaii’s 25 senators apparently believe it’s OK to enact what Tom Yamachika of the Tax Foundation of Hawaii called the “Enola Gay” of all tax bills. The bill was approved with bipartisan support and now goes to the House, where it is expected to face resistance, thank goodness.

Referring to SB56, Yamachika wrote in his latest weekly column: “Why do I call this bill the Enola Gay? You might remember from the history books that Enola Gay was the name of the aircraft that dropped the first atomic bomb on the city of Hiroshima in World War II. Here, of course, the bill’s destination isn’t Japan; it’s the pocketbooks of us the taxpayers.”

As Keli’i Akina, Grassroot Institute of Hawaii president, wrote in his most recent “President’s Corner” column, this single bill manages to include:

>> “Temporary” repeal of more than two dozen exemptions to the general excise tax.

The bill is not law yet, but already it’s receiving national attention for how it might propel Hawaii to the lead of states with the highest income tax rates. U.S. News & World Report, The Associated Press and newspaper, radio and TV outlets across the country are reporting on the development, with headlines such as “Hawaii Senate approves nation’s highest income tax rate.”

The focus of the bill is to raise money from Hawaii’s wealthier residents to make up for the drop in revenues caused by the state’s yearlong lockdown of the private sector to combat COVID-19. But few doubt that SB56, if enacted, won’t claim all Hawaii’s residents — and the state economy as a whole — as collateral damage.

“This bill raises the state top tax rate from 11% to 16%. I believe it will affect many small businesses that operate as S-corporations,” one small-business owner wrote to the institute.”Raising the state income tax rate 45% for seven years is too drastic, and the length of time for such a high increase is not good. It will give Hawaii a bad reputation.”

As if it didn’t have one already.

The Grassroot Institute will have more to say about this bill in the coming days, but as Joe Kent, institute executive vice president, said in his testimony on the bill when it was being considered by the Senate Committee on Ways and Means:

“There is a far better route to improving state revenues than levying higher taxes on Hawaii’s struggling residents and businesses. If the state needs more revenues, policymakers should focus on growing the economy. In our current condition, even small economic gains would have big effects.”