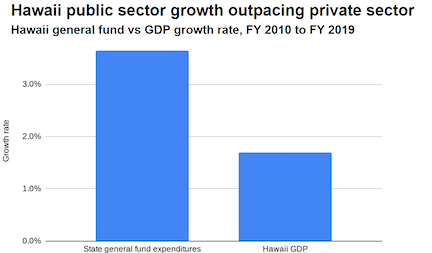 The following testimony was submitted by the Grassroot Institute of Hawaii on March 17, 2021, for consideration by the Hawaii House Committee on Finance.
______________

RE: HB200 — RELATING TO THE STATE BUDGET

The Grassroot Institute of Hawaii would like to offer its comments on HB200, which would appropriate funds for the operating and capital improvement budget of the executive branch for fiscal years 2022 and 2023.

However, there are many issues with the current budget that lawmakers should address.

The bulk of the spending reductions come from skipping annually required contributions (ARC) to the Hawaii Employer-Union Health Benefits Trust Fund of $413 million for fiscal 2022, which could add $922 million of debt over the next 37 years.1

Lawmakers are also planning to skip these payments for the next five years, which could save the state $2 billion in the short run but cost $8 billion in the long run.2 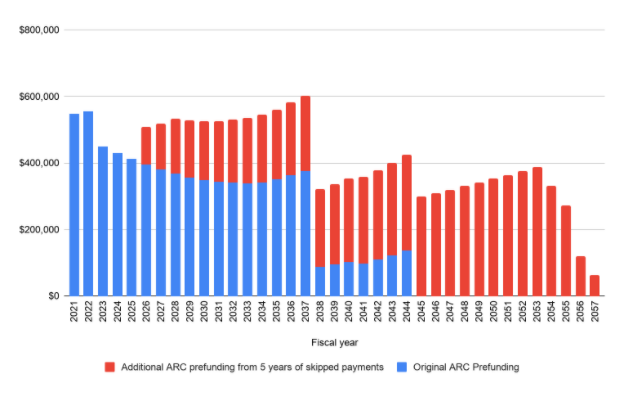 If lawmakers wish to continue providing the same level of health benefits for public union employees without overburdening taxpayers, they should find other areas to reduce spending.

In the alternative, state leaders could consider reductions to public employee health benefits, such as by sharing more of the costs with beneficiaries. Lawmakers should not expect taxpayers to pay billions of dollars more if the state’s finances are improperly managed.

Gov. David Ige borrowed $750 million from the bond market to fund payroll expenses, but the money needs to be paid back by 2025.3 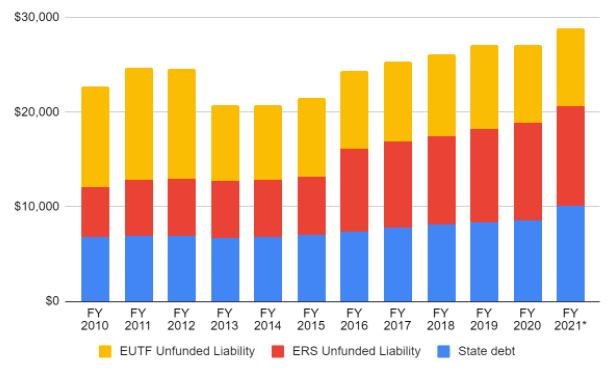 The rising debt service and unfunded liabilities this year will eat up 56% of the general fund, up from 50% in fiscal 2021. 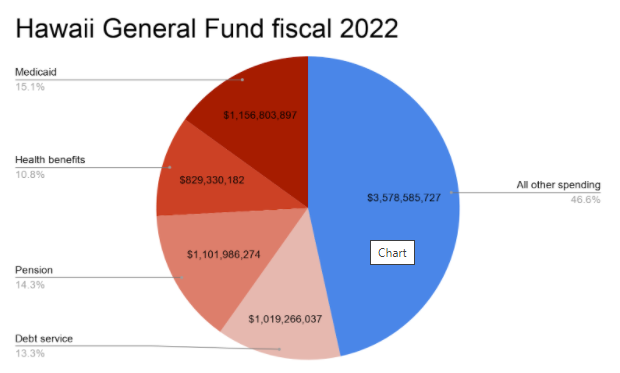 Additionally, the state borrowed $700 million from the federal government to pay for unemployment insurance claims in 2020, and private-sector businesses are on the hook to repay that debt.4 However, lawmakers are choosing to pay back that loan instead of handing the bill to the private sector, though it is a substantial expense for the state.5

Lawmakers should focus on paying down debt and reducing spending obligations.

HB200 shows $299 million of net general fund spending reductions for fiscal 2022 yet adds a net of 576 employee positions. The governor’s updated budget adjustments increase spending by a net $91 million and positions by 36 for fiscal 2022 compared to the fiscal 2022 budget allotment in HB200.6

Legislators should reject the spending increase proposed by the governor in his updated budget adjustment, so as to keep spending low during this fiscally uncertain period.

These windfall revenues should not be used to increase spending beyond the baseline level in HB200. Instead, they should be used to pay off debt.

The $1.6 billion ARPA money prohibits the state from using the money to offset a tax reduction. This means that if the state accepts the ARPA money, it cannot lower state taxes until Dec. 31, 2024, unless they are offset by spending reductions.

Given this strict limitation, the state should consider either rejecting the money or, indeed, reduce spending to allow for tax reductions.

At the very least, the state should not increase spending or taxation during this period.

Lawmakers over the past decade have increased general fund spending by more than double the rate of growth of the economy.

If state leaders ever hope to revitalize Hawaii’s economy, they need to follow the “golden rule”9 of state budgeting: Make sure government does not grow faster than our economy. 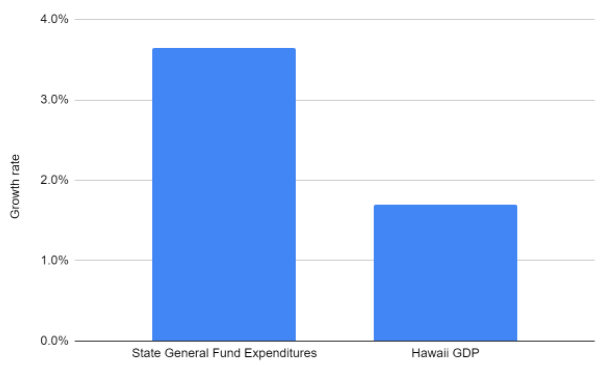 Keeping government growth below the state’s overall economic growth would leave more money for Hawaii residents to invest in new businesses, buy new homes, afford college educations for their children and generally accumulate capital that is essential to a sustainable, healthy and prosperous economy.