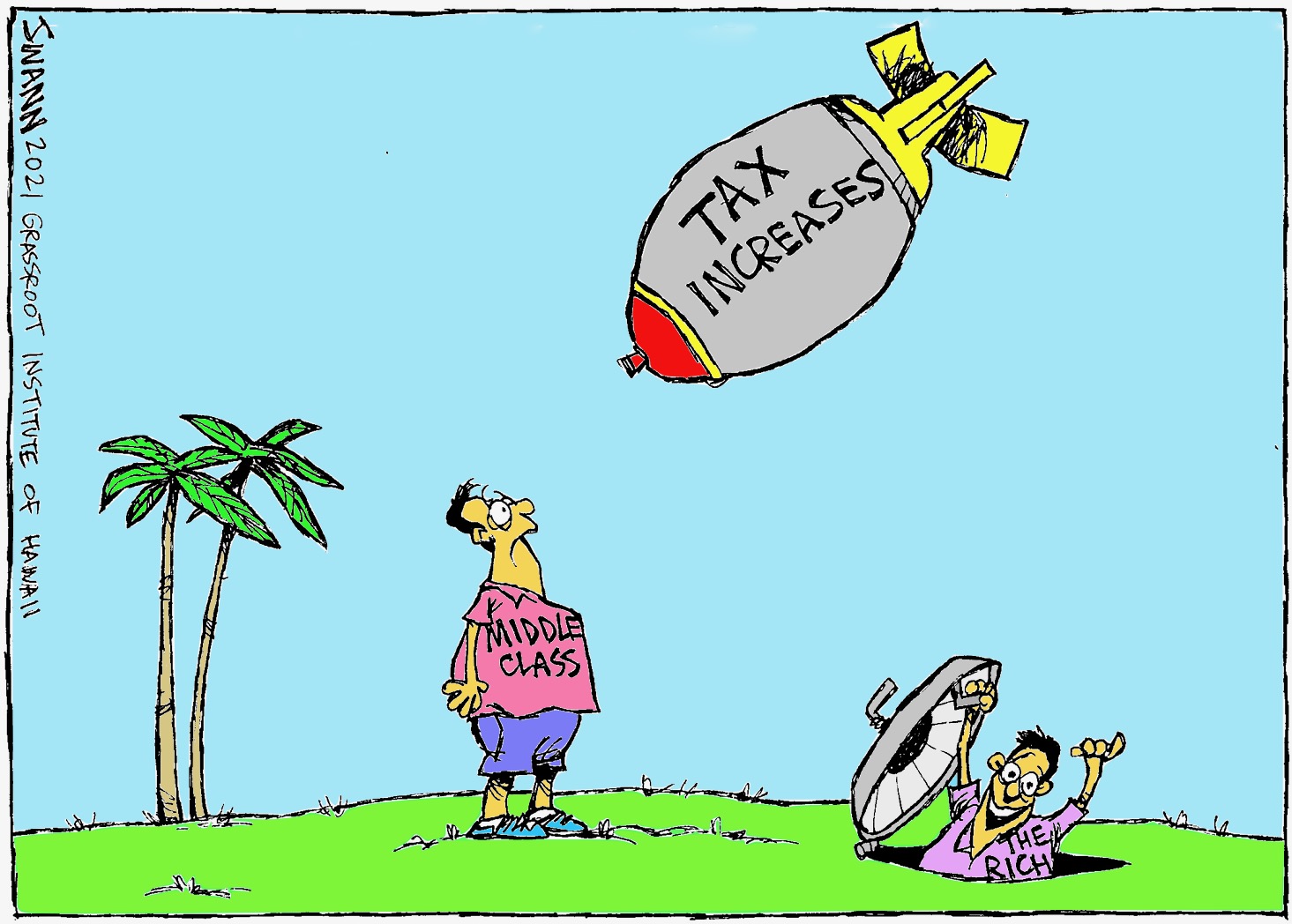 The following testimony was submitted by the Grassroot Institute of Hawaii on March 4, 2021, for consideration by the Hawaii Senate Committee on Ways and Means.
______________

The Grassroot Institute of Hawaii would like to offer its comments on SB276, which would “temporarily” raise the state’s top income tax rate from 11% to 16%.

The purported rationale for this bill is to address the economic damage caused by the COVID-19 crisis. However, the strategy pursued here would be more damaging to Hawaii’s fragile economy than helpful.

A significant hike in the top income tax rate is more likely to increase the number of high-earners who leave the state. The minor and speculative increase in revenue from this tax hike will be offset by the damage it causes the rest of the state’s economy.

Moreover, a hike in taxes at this point sends a clear message that Hawaii is not open for business and will not be friendly to entrepreneurs or new business owners. Any assurances that the tax hike is “temporary” will be unconvincing, as experience demonstrates that temporary tax hikes tend to become permanent ones.

There is a far better route to improving state revenues than levying higher taxes on Hawaii’s struggling residents and businesses. If the state needs more revenues, policymakers should focus on growing the economy. In our current condition, even small economic gains would have big effects.

We are gravely concerned about the impact of this tax and the many tax increases and surcharges that have been proposed this legislative session. Hawaii residents are already among the most taxed in the country; the state has the second highest overall tax burden in the U.S.

That high tax burden contributes to Hawaii’s cost of living and is one of the reasons why so many Hawaii residents have been leaving in search of greater opportunities elsewhere.

Given the state’s already-high tax burden, there is never a good time to raise taxes. But this proposal comes at an especially bad time. The state is still in a state of emergency, tourism has slowed to a trickle, businesses are closing and unemployment is high. The economy will take years to recover from the pandemic and lockdowns. The last thing Hawaii residents and businesses need at this point is a tax hike.

There are myriad reasons policy makers should be wary of implementing tax hikes at this time. Here are just a few:

>> Hawaii cannot sustain a hike in taxes since its already-damaged economy was hit harder by the lockdowns than any other state in the nation.1

>> State lawmakers increased taxes and fees substantially following the Great Recession of 2007-2008, despite a windfall in revenues from an economic boom over the past decade. Taxes and fees ballooned on motor vehicles, transient accommodations, estates, fuel,2 food, wealthy incomes, property, parking and businesses.

>> Hawaii businesses are already bracing for an automatic tripling, on average, of the state unemployment tax.4 The UI tax rate depends not only on individual employer’s claims experiences but also on the overall health of the state’s unemployment insurance fund, which is hundreds of millions of dollars in the red.5

>> Hawaii already has a regressive general excise tax that disproportionately hits the poor.6

>> Hawaii has a progressive income tax that taxes high-income earners at 11%, second only to California at 13.3%.7 Hawaii’s top 1% already pays 23% of all income taxes in the state.8

>> Closing tax exemptions would amount to a tax hike for Hawaii businesses already facing a steep spike in their unemployment insurance taxes.

>> Increasing Hawaii’s lowest-in-the-nation property-tax rates9 would result in a much higher overall tax bill compared to other states because Hawaii residents uniquely pay for public education through the general fund as opposed to property taxes.10 Additionally, Hawaii’s low property taxes are balanced out by the highest housing costs in the nation,11 which results in a $1,236 average annual property tax per capita, which is slightly below the national average of $1,617.12

Hawaii needs leadership that will stabilize the current financial crisis, reduce unsustainable long-term costs and lower the cost of living. Balancing the books without tax increases or future debt could send a message that Hawaii is a good place for businesses and future generations, and this could help the economy thrive while motivating people to return to the islands.

Hawaii’s residents and businesses need a break from new taxes, fees, surcharges and tax hikes. This is not the time to make Hawaii a more expensive place to live and do business.