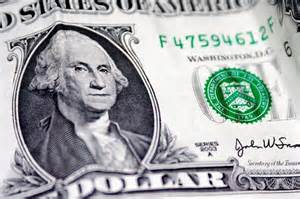 Earlier this year, the Grassroot Institute of Hawaii created a popular video about our state’s problem with “flight” — the large number of families leaving Hawaii for places with lower taxes and lower costs of living.

And yet, the average salary in Honolulu doesn’t seem so terrible. When you look at listings of the highest-income metropolitan areas in the U.S., whether by median household income or per capita, Honolulu is comfortably in the top 10.

But you’d have to look long and hard to find a local who feels as rich as the statistics claim. And that’s partly due to the cost of living.

We all know Hawaii has a punishing cost of living, but did you know that it’s arguably the hardest city in the U.S. to make ends meet?

That’s according to recent study by Indeed, which calculated the average salary in 104 American metropolitan areas, then adjusted it for living costs to find out how far that salary really goes. Unsurprisingly, the cities with big, fat average salaries (like New York and Los Angeles) also had big, fat living expenses.

But no city fared worse than Honolulu.

Indeed calculated the average salary in Honolulu to be approximately $74,553. But when adjusted for the cost of living, that salary sunk to $59,882. The drop gave Honolulu the lowest adjusted salary in the country. (The second lowest was Tuscon, which was still $7,000 higher.)

“Poor Honolulu. Its salaries aren’t that high to begin with and, after adjusting for its high cost of living, it’s the most expensive metro in the country. Honolulu is expensive not just because of housing costs. Housing actually is more expensive in San Francisco and San Jose, but housing accounts for only one-third of the typical American’s total expenses. In Honolulu, physical goods cost more because they have to be shipped to the middle of the Pacific.”

Add in the state government’s affection for surcharges and tax hikes, and you’ll see why so many Hawaii expats say they can’t afford to come home.

Honolulu may never be as inexpensive as Birmingham, Alabama (where adjusting salary for cost of living results in a $10,000 gain). But there are things we could do to reduce the cost of living.

Hawaii’s leaders should commit to policies that would make our state more affordable — like cutting taxes and modernizing the Jones Act. Otherwise, we’ll see even more families fleeing Hawaii for better opportunities in the mainland.