Will Hawaii be the next Puerto Rico? 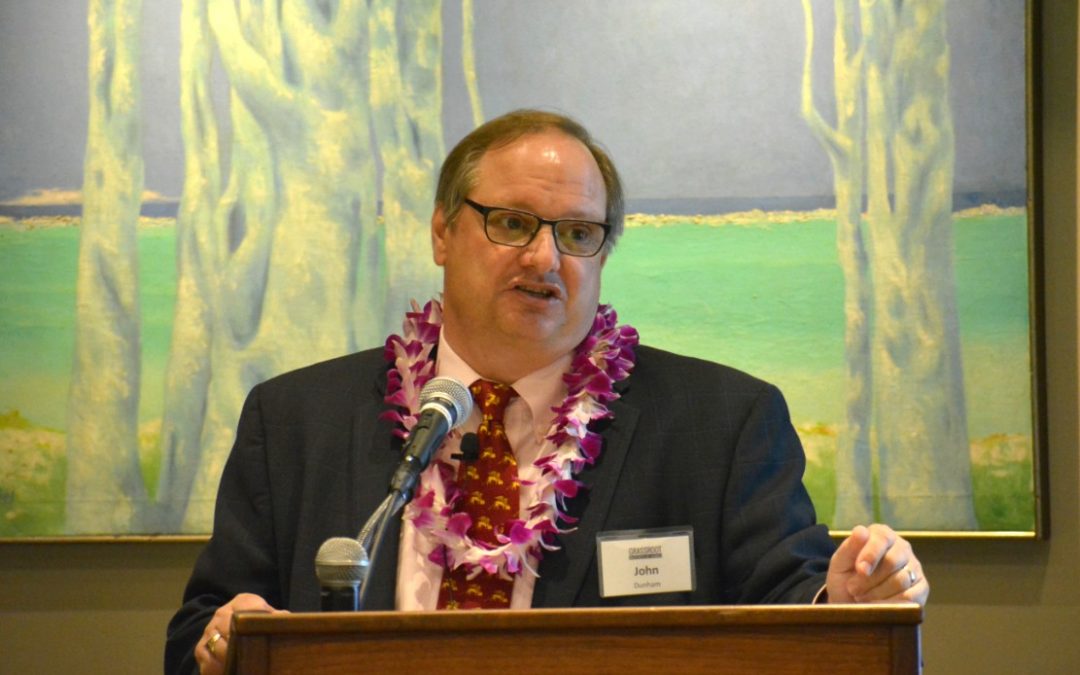 A top economic researcher who recently studied the impact of the Jones Act on Puerto Rico spoke recently at two events in Hawaii sponsored by the Grassroot Institute of Hawaii.

At both events — the first on Maui on July 11 and the second on Oahu on July 12 — Dunham presented ground-breaking information about the Act, including its history, its economic impact, and how it came to be so entrenched in the political swamp of Washington, D.C.

His findings about the protectionist measure’s effect on Puerto Rico were heart-breaking, both in terms of the law’s everyday impact and how it has delayed the delivery of relief supplies in the wake of deadly Hurricane Maria, which slammed the U.S. territory in late 2017.

Dunham said Jones Act supporters of the law claimed it was necessary to ensure our nation’s commercial growth, national defense and national independence. But, “Interestingly,” he said, “these 1920 arguments are exactly the same arguments that are used today by the proponents of the Jones Act, even though every single one of them has been proven to be untrue.”

To read more about the Jones Act, go here.